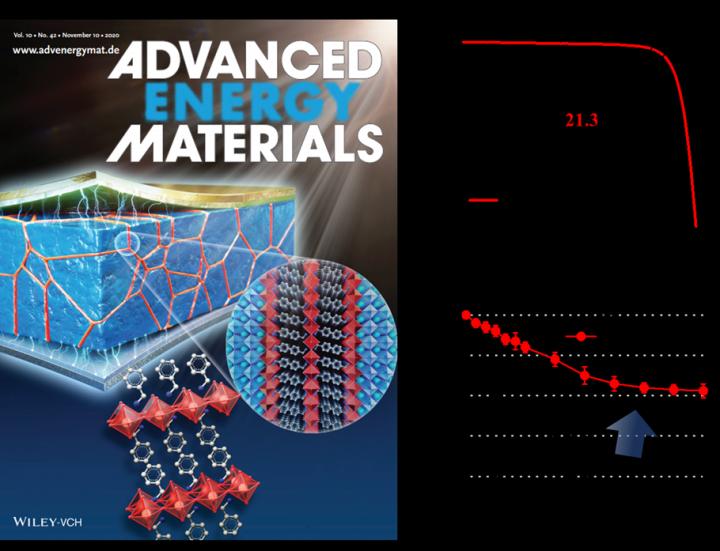 Perovskite solar cells are attracting attention as the next-generation solar battery material thanks to their low processing cost and excellent photovoltaic quality. However, it is difficult to commercialize them because their key material - perovskite - is vulnerable to light and moisture.

Recently, a POSTECH research team has developed an organic spacer molecular additive that can improve both the photoelectric efficiency and stability of perovskite.

A POSTECH research team led by Professor Kilwon Cho and Ph.D. candidate Sungwon Song of the Department of Chemical Engineering has succeeded in fabricating perovskite solar cells that are highly efficient and stable by drastically reducing the concentration of internal defects in the crystals as well as increasing the moisture resistance of perovskite by introducing a new organic spacer molecule additive in the perovskite crystal. The study was published as a cover paper in the latest issue of Advanced Energy Materials, one of the most authoritative journals in the field of energy.

The solar cells developed by the research team achieved 21.3 % efficiency and secured moisture stability to maintain more than 80% of their initial efficiency even after 500 hours under 60% of relative humidity conditions.