Identification of the oldest preserved pieces of Earth's crust in southern Greenland has provided evidence of active plate tectonics as early as 3.8 billion years ago, according to a report by an international team of geoscientists in the March 23 edition of Science magazine.

The success of science based management in Alaska is emphasized in a newly released report. “Conserving Alaska’s Oceans,” was prepared by Natural Resources Consultants, a research organization based in Seattle, Washington and released by the Marine Conservation Alliance. The report outlines 30 years of improved ocean conservation in the waters off Alaska with recommendations for future action. The “Alaska Model” has been cited as a leading example of science-based management.

Scientists from NOAA’s Earth System Research Laboratory (ESRL) announced today a new tool to monitor changes in atmospheric carbon dioxide and other greenhouse gases by region and source. The tool, called CarbonTracker, will enable its users to evaluate the effectiveness of their efforts to reduce or store carbon emissions.

The entire debate about global warming is a mirage. The concept of ‘global temperature’ is thermodynamically as well as mathematically an impossibility, says professor at The Niels Bohr Institute, University of Copenhagen, Bjarne Andresen who has analyzed this hot topic in collaboration with professors Christopher Essex from University of Western Ontario and Ross McKitrick from University of Guelph, both Ontario, Canada.

Scientists have identified four Antarctic glaciers that pose a threat to future sea levels using satellite observations, according to a study published in the journal Science.

Experts from the University of Edinburgh and University College London determined the effect that Antarctica and Greenland were having on global sea level in a comprehensive evaluation of the Earth’s ice sheets. They found that together these two ice-sheets were responsible for a sea level rise of 0.35 millimetres per year over the past decade – representing about 12 per cent of the current global trend.

Homing pigeons get their bearings from their beaks

It has long been recognized that birds possess the ability to use the Earth’s magnetic field for their navigation, although just how this is done has not yet been clarified. However, the discovery of iron-containing structures in the beaks of homing pigeons in a new study (1) by Gerta Fleissner and her colleagues at the University of Frankfurt offers a promising insight into this complex topic. The article will be published online mid-March in Springer’s journal Naturwissenschaften.

More than three-quarters of the particulate pollution known as black carbon transported at high altitudes over the West Coast during spring is from Asian sources, according to a research team led by Professor V. Ramanathan at Scripps Institution of Oceanography, UC San Diego.

Though the transported black carbon, most of which is soot, is an extremely small component of air pollution at land surface levels, the phenomenon has a significant heating effect on the atmosphere at altitudes above two kilometers (6,562 feet).

Plants can do it: they simply grab carbon dioxide out of the air and covert it into biomass. In this process, known as photosynthesis, the plants use light as their energy source. Chemists would also like to be able to use CO2 as a carbon source for their synthetic reactions, but it doesn’t work just like that. A team headed by Markus Antonietti at the Max Planck Institute for Colloids and Interfaces has now taken an important step toward this goal.

A team of UBC researchers has re-classified an ancient line of aquatic plants previously thought to be related to grasses and rushes. The discovery clarifies what may be one of the biggest misunderstandings in botanical history.

New biofuels process promises to meet all US transportation needs

Purdue University chemical engineers have proposed a new environmentally friendly process for producing liquid fuels from plant matter - or biomass - potentially available from agricultural and forest waste, providing all of the fuel needed for "the entire U.S. transportation sector."

THEMIS weighs in on the Northern Lights

Instruments known as solid-state telescopes (SSTs), built with detectors fabricated at Lawrence Berkeley National Laboratory and carried aboard the recently launched THEMIS mission, have delivered their first data on how charged particles in the solar wind interact with Earth's magnetic field to shape the planet's magnetosphere.

An international team of American and Chinese paleontologists has discovered a new species of mammal that lived 125 million years ago during the Mesozoic Era, in what is now the Hebei Province in China.

The new mammal, documented in the March 15 issue of the journal Nature, provides first-hand evidence of early evolution of the mammalian middle ear--one of the most important features for all modern mammals. The discovery was funded by the National Science Foundation (NSF).

In the debate over alternative energy resources, geothermal technology has received scant media attention. Advocates call it one of the cleanest, sustainable energy resources available. However, steep construction, equipment and drilling costs have prevented more widespread development of geothermal technology. An Ohio University hydrothermal systems expert is working to change that. 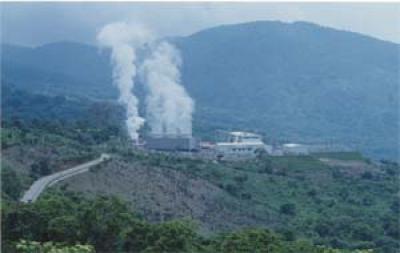 Researchers at the Smithsonian Environmental Research Center report the results of a six-year experiment in which doubling the atmospheric greenhouse gas carbon dioxide (CO2) in a scrub oak ecosystem caused a reduction in carbon storage in the soil.

The scientists said this response suggests a limited capacity of Earth’s ecosystems to stabilize atmospheric CO2 and slow global warming. These findings add a new perspective and a measure of caution suggesting that elevated CO2, by altering microbial communities, may turn a potential carbon sink into a carbon source.

Plant and animal diseases can play a major and poorly appreciated role in allowing the invasion of exotic species, which in turn often threatens biodiversity, ecological function and the world economy, researchers say in a new report.