The Biscuit Fire of 2002 burned more severely in areas that had been salvage logged and replanted, compared to similar areas that were also burned in a 1987 fire but had been left to regenerate naturally, a new Oregon State University Study concludes.

The analysis, one of the first to ever quantify the effect of salvage logging and replanting on future fire severity, is being published this week in Proceedings of the National Academy of Sciences, a professional journal.

Monitoring the saltiness of the ocean water could provide an early indicator of climate change. Significant increases or decreases in salt in key areas could forewarn of climate change in 10 to 20 years time. Presenting their findings at a recent European Science Foundation (ESF) conference, scientists predicted that the waters of the southern hemisphere oceans around South Africa and New Zealand are the places to watch.

The impact of industrial logging in Central Africa

Though the dense humid forests of Central Africa have been regarded as among the most pristine on Earth, the expansion of industrial logging and the accompanying proliferation of road density are threatening the future of this important ecosystem. 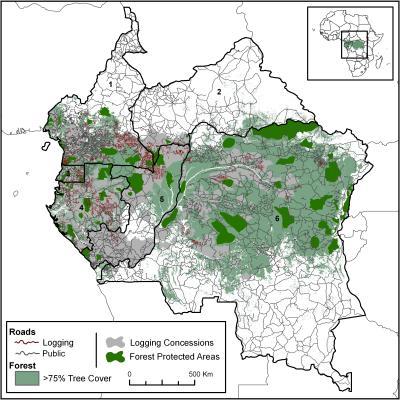 On the eve of World Oceans Day, a group of over 100 scientists from 15 countries has revealed new evidence for the declining state of Europe's 4 regional seas

Dirty snow may warm Arctic as much as greenhouse gases

The global warming debate has focused on carbon dioxide emissions, but scientists at UC Irvine have determined that a lesser-known mechanism -- dirty snow -- can explain one-third or more of the Arctic warming primarily attributed to greenhouse gases.

Sargassum seaweed, famous in nautical lore for entangling ships in its dense floating vegetation, has been detected from space for the first time thanks to an instrument aboard ESA’s environmental satellite, Envisat. The ability to monitor Sargassum globally will allow researchers to understand better the primary productivity of the ocean and better predict climate change. In 1976 a research cruise in the Gulf of Alaska recorded the sighting of "brown penguins."

How was it that birds that swim rather than fly and live almost exclusively in the Southern Hemisphere turned up deep in the Northern Hemisphere? Did they migrate more than 5,000 miles from Peru? 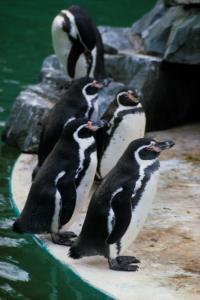 Humboldt penguins are native to the Southern Hemisphere, but North America was home to these Humboldts when they lived at Stanley Park in Vancouver, B.C. Credit: Dee Boersma

Weather models are not good at predicting rain. Particularly in hilly terrain, this can lead to great damage arising from late warnings of floods, or even none at all. From June 1 to September 1, 2007 Delft University of Technology is participating in a major international experiment in Germany’s Black Forest, to learn more about what causes rain. Aircraft and an airship are to be used alongside ground-based observatories and satellites. 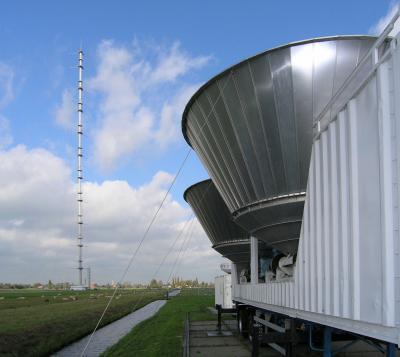 TARA at its homebase in Cabauw, Holland. Credit: TU Delft

Radical steps to engineer Earth’s climate by blocking sunlight could drastically cool the planet, but could just as easily worsen the situation if these projects fail or are suddenly halted, according to a new computer modeling study.

Discarded crab and lobster shells may be the key to prolonging the life of microbial fuel cells that power sensors beneath the sea, according to a team of Penn State researchers.

To produce energy, microbial fuel cells need organic material for the microbes to consume. However, deep sea sediments can be surprisingly devoid of organic material because living things in the photic zone – the area where light penetrates the water – are continuously recycled and little falls to the ocean floor. An absence of organics limits the lifetime of marine microbial fuel cells.

Southeastern Brazil, South America’s largest and most populous country, is highlighted in this 26 May 2007 Envisat image. The huge potential of agricultural soils to reduce greenhouse gases and increase production at the same time has been reinforced by new research findings at NSW Department of Primary Industries' (DPI) Wollongbar Agricultural Institute.

Trials of agrichar - a product hailed as a saviour of Australia's carbon-depleted soils and the environment - have doubled and, in one case, tripled crop growth when applied at the rate of 10 tonnes per hectare.

New charcoal and plant microfossil evidence from Mexico’s Central Balsas valley links a pivotal cultural shift, crop domestication in the New World, to local and regional environmental history. Agriculture in the Balsas valley originated and diversified during the warm, wet, postglacial period following the much cooler and drier climate in the final phases of the last ice age.

Designing the first fuel-cell manned intercity aircraft is the goal of a recently launched EU-funded project.

The Environmentally Friendly Inter City Aircraft powered by Fuel Cells (ENFICA-FC) project is receiving €2.9 million from the EU as part of the aeronautics and space priority of the Sixth Framework Programme (FP6).

The Polytechnic of Turin is leading the project, the goal of which is to develop an intercity aircraft that uses fuel cell technology for the propulsion system, and hydrogen storage.

Monsoons, the life-giving, torrential rains of Asia and Africa, have an ancient, unsuspected connection to previous Ice Age climate cycles, according to scientists at the University of California, Santa Barbara, and at Kiel University in Germany.