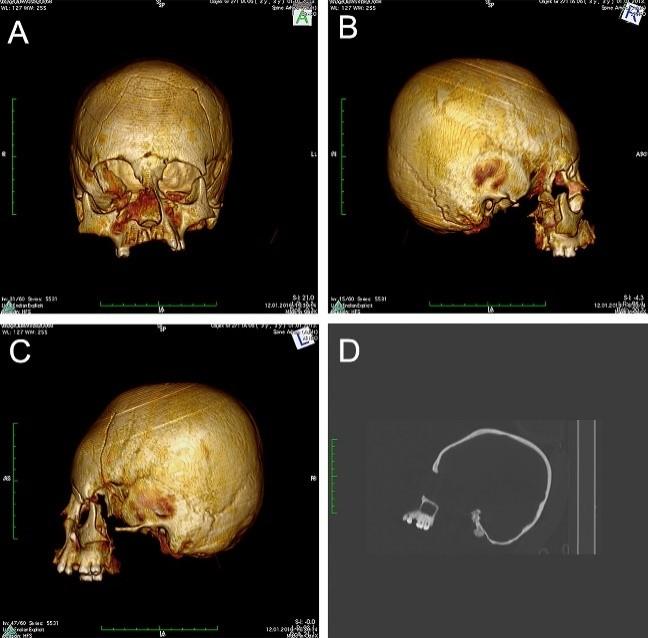 People in Croatia during the 5th to 6th centuries may have used cranial modifications to indicate their cultural affiliations, according to a study published August 21, 2019 in the open-access journal PLOS ONE led by Ron Pinhasi of the University of Vienna and Mario Novak of the Institute for Anthropological Research in Zagreb, Croatia.

The Hermanov vinograd archaeological site in Osijek Croatia has been known since the 1800s. A new pit excavated in 2013 contained three human skeletons dating to 415-560 CE, during the Great Migration Period, a time of significant movement and interaction of various European cultures. Two of the skeletons showed dramatically modified head shapes, one whose skull had been lengthened obliquely and another whose skull had been compressed and heightened. This is the oldest known incidence of Artificial Cranial Deformation (ACD) in Croatia.

ACD is the practice of modifying the skull from infancy to create a permanently altered shape, often to signify social status. In this study, genetic, isotopic and skeletal analysis of the bodies revealed that all were males between 12 and 16 years of age at death and that they all suffered from malnutrition. They are not obviously of different social status, but genetic analysis found that the two with cranial modifications exhibited very distinct ancestries, one from the Near East and the other from East Asia. The latter is the first individual from the Migration Period with a majority East Asian ancestry to be found in Europe.

The authors suggest the ACD observed here may have functioned to distinguish members of different cultural groups as these groups interacted closely during the Migration Period. From the evidence at hand, it is unclear if these individuals were associated with Huns, Ostrogoths, or another population. It is also unclear whether the use of ACD to signify cultural identity was a widespread practice or something peculiar to these individuals.