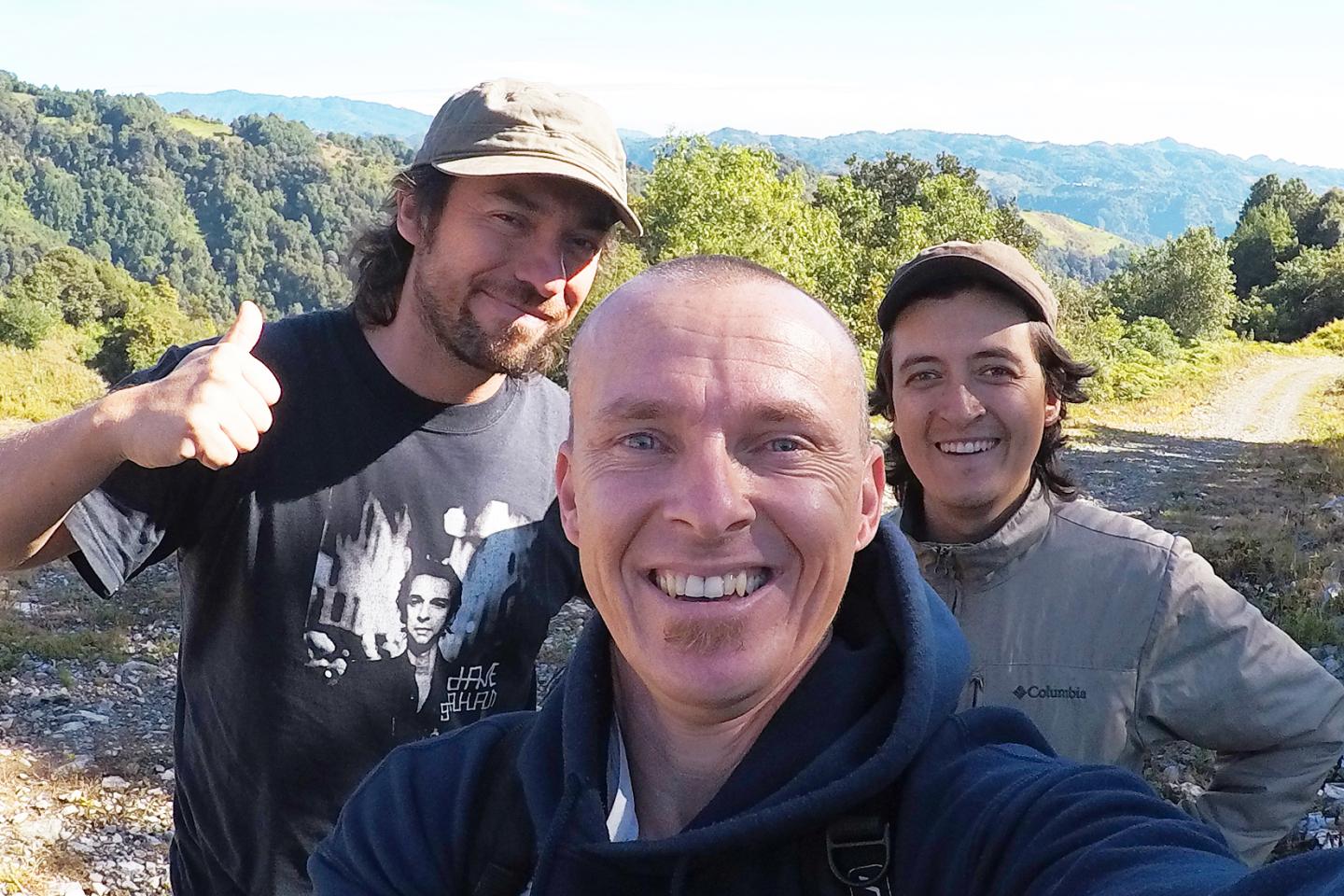 HOUSTON - (Oct. 26, 2020) - A horrifying insect soap opera with vampires, mummies and infant-eating parasites is playing out on the stems and leaves of live oak trees every day, and evolutionary biologist Scott Egan found the latest character -- a new wasp species that may be a parasite of a parasite -- within walking distance of his Rice University lab.

Egan, an associate professor of biosciences at Rice, studies gall wasps, tiny insects that cast a biochemical spell on live oaks. When gall wasps lay their eggs on oak leaves or stems, they chemically program the tree to unwittingly produce a tumor-like growth, or gall, which first shelters the egg and then feeds the larval wasp that hatches from it.

Egan describes the wasps as "ecosystem engineers," because their galls are attractive morsels that harbor a supporting cast of opportunistic ne'er-do-wells, thieves and killers. It's a great setting to study how competition for resources drives evolution, and Egan and his students have spent more than a decade documenting the eerie, interspecies who's-eating-who drama.

The latest species they discovered at Rice, Allorhogas gallifolia (al-UHROH'-guhs GAHL'-ihf-ohl-eeuh), is one of four new wasp species from the genus Allorhogas that Egan and collaborators Ernesto Samaca-Saenz and Alejandro Zaldivar-Riveron at the National Autonomous University of Mexico (UNAM) in Mexico City described in a study this month in Insect Systematics and Diversity.

"They lay their egg in another wasp's gall," Egan said of A. gallifolia, which his group first hatched in 2014. "They're using the gall as a resource, and we're still not certain how, but I think they're attacking herbivorous caterpillars that are feeding on the gall tissue, and the wasp larva are eating those caterpillars after they hatch."

He said more than 50 species of Allorhogas have been found in Central America and Mexico, but only two species were previously documented in the United States, one at the University of Maryland campus in 1912 and another some years later in Arizona.

The A. gallifolia found at Rice was collected as part of an effort to describe the community of natural enemies for one species of gall wasp, Belonocnema treatae (behl-uh-NAHK'-nee-muh TREE'-tee). In that study and others like it that Egan's lab has published for other gall species, thousands of galls are collected across the southeastern United States, and everything that emerges from the galls is studied and cataloged. Egan describes the operation, which runs almost 365 days per year, as a "factory of discovery," and A. gallifolia was one of many mysterious specimens it has produced.

"It did not match any of the previously described species, so we documented that in our 2016 paper and raised the hypothesis that this might be a new species," Egan said. "A year or two went by and lead author Ernesto Samaca-Saenz contacted us and offered to collaborate on determining if this lineage was, in fact, a new species."

Samaca-Saenz is a graduate student in the UNAM lab of Zaldivar-Riveron, an expert in Allorhogas and similar predatory wasps, which can be used by farmers as biological controls for crop pests. By the time Samaca-Saenz reached out about the 2016 paper, Egan's lab had collected a number of other undescribed specimens that they also suspected were new species of Allorhogas. The email kicked off a close collaboration that has taken Rice researchers on a number of trips to Mexico to conduct field work and science outreach in remote village schools.

While the jury is still out on exactly how A. gallifolia interacts with other species on the galls of B. treatae, Egan said he, Samaca-Saenz and Zaldivar-Riveron have discussed a number of hypotheses.

"They think it could be phytophagous, meaning it's actually just eating plant material, or that it could be a gallmaker itself," Egan said. "But I'm convinced that these guys are predators of caterpillars that live inside the Belonocnema galls and eat the gall plant material. I think the larval wasp eats the caterpillar and then emerges out of the side of the gall."

Egan said it will take more research to determine whether that hypothesis is true. If it is, it would be "a whole new way of life that would be unknown to this entire genus." But it would not be the first -- or the creepiest -- interaction between species that Egan and his colleagues have found.

Take 2018's discovery, for example, that the parasitic vine Cassytha filiformis (kuh-SIHTH'-uh FIHL'-ih-form-ihs), commonly known as the love vine, targets B. treatae galls and sucks so many nutrients out of them that it mummifies the larval wasps inside. That marked the first observation of a parasitic plant attacking a gall-forming wasp, but it could not match the ghoulish weirdness of the crypt-keeper wasp they discovered in 2017.

Euderus set (yoo-DEHR'-uhs SEHT') is so diabolical that it was named for Set, the Egyptian god who trapped, murdered and dismembered his brother in a crypt. E. set -- which Egan discovered on a family vacation in Florida and later found on a tree in his front yard -- lays its egg inside the gall of the Bassettia pallida (buh-SEHT'-eeuh PAL'-ih-duh) wasp. Both eggs hatch and the larvae live side by side, maturing inside the gall. When the pair are large enough to emerge as adults, E. set manipulates its step-sibling into trying to escape before its emergence hole is finished. When B. pallida's head gets stuck in the undersized hole, E. set begins eating. Starting from the tail, it devours a tunnel through its roommate, emerging through the head to take its place in the world outside.

There are more than 1,400 known species of gall-forming wasps, and Egan said he believes there are many more species waiting to be discovered in their plant/bug-eat-bug-eat-plant corner of the world.

"We've focused on the gall former Belonocnema a lot, and that's where we initially found this first Allorhogas," he said. "When we reared out that entire community and tried to key out each of the members, A. gallifolia was one of those things where we could not narrow it down to a species. Nothing fit the description.

"Twenty-five percent of all the things we reared out of Belonocnema fit that same type of uncertainty," Egan said. "We can't find anything that's ever been described like them before. Some of those, including one I have on my desk right now, are also mostly likely new species. Considering there are 90 oak species in the United States, and I have studied only three of them, this is the tip of the biodiversity iceberg."