The development of climate security discourse in Japan 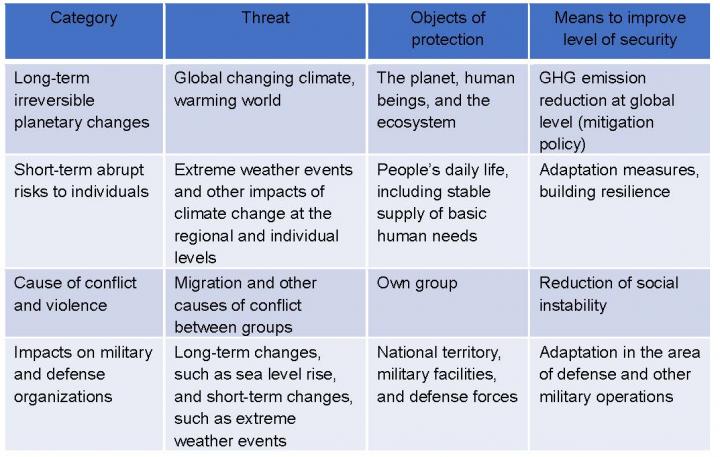 IMAGE: Summary of the four categories of climate security discourse

As the level of understanding about climate change has increased, the term "climate security" has been increasingly used in the rapidly growing literature on this subject. Although Japan has officially acknowledged the importance of tackling climate change, discussion of climate security has been almost nonexistent among Japanese governmental officials, politicians, and academics. Our aim was to trace discourses related to climate security in Japan to determine why so little exists in Japan and whether or not such discourse could suggest new areas for consideration to more comprehensively respond to the climate change problem.

Because of different interpretations and uses of the term "climate security" in the existing literature, we first categorized existing approaches to climate security into four types and used this categorization to examine Japan's discourse from these perspectives (Table 1). Two of the approaches, namely "long-term irreversible planetary changes" and "short-term abrupt risks to individuals", had been considered in Japan previously but without specific reference to the term climate security. The other two, "cause of conflict and violence" and "impacts to military and defense organizations", however, had not been used and need to be included in discussions of climate change in Japan.

Some of the topics not discussed in Japan include indirect economic losses of Japanese industries via supply chains, loss of Japan's exclusive economic zone due to sea-level rise, and the potential inflow of refugees resulting from extreme weather patterns outside of Japan.