High self-esteem may be culturally universal

The Japanese are a polite people. If your host on a trip is Japanese they often make you feel like you are the most important person in the world. Low self esteem? Awe of your culture?

No, they have very high self-esteem and probably feel superior, a study says. Being nice to you may be just another way to prove it.

Why organic food is bad for the environment

Organic food is big business these days. Organic fruit and vegetables are hot items because everyone wants to feel like they are eating healthier. What hasn't been studied until now is the impact of organic business on the environment, namely in greenhouse gas emissions from transport.

Researchers of the Group of Recent Prehistory Studies (GEPRAN) of the University of Granada, from the department of Prehistory and Archaeology, have taken an important step to determine how life was in the Iberian Peninsula in the Bronze Age. 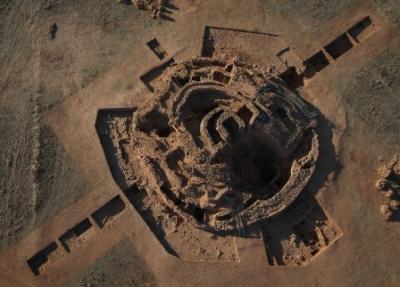 Colgate anthropology professor Allan Maca and a team of researchers have found a previously unknown tomb in Copán, Honduras, dating back to the 7th century A.D. that contained the skeleton of an elite member of ancient Maya society in the city.

The unusual characteristics of the tomb’s construction, the human remains, and the artifacts found near the body, according to Maca, paint a picture of an urban state that was more politically complex and culturally diverse than was previously thought.

Many people with diabetes continue to smoke despite being at high risk of cardiovascular disease. We examined the impact of a pay-for-performance incentive in the United Kingdom introduced in 2004 as part of the new general practitioner contract to improve support for smoking cessation and to reduce the prevalence of smoking among people with chronic diseases such as diabetes.

Digital paper that talks to you

Large boards and store displays already exist as prototypes. They talk to you directly, using digital information embedded in the paper. You simply touch various parts of the display to get information to stream out of printed speakers.

Research teams at the Mid Sweden University forestry industry research program Fiber Science and Communication Network (FSCN) are working on the fourth generation of products that integrate paper with the digital world.

Why does foreign money often feel like play money to travelers" Just in time for summer vacation season, an important new study from the June issue of the Journal of Consumer Research examines why spending patterns abroad deviate so much from what we spend at home.

What you buy says a lot about you, according to a new study from the June issue of the Journal of Consumer Research. Consider this goal: to spend more time with your family. If you seek out products that expand the amount of quality time you have to share – say, a football to throw around in the yard – you’re a “promotion-focused” consumer. Alternatively, if you are “prevention-focused,” you’ll seek out timesavers, like a new dishwasher, that don’t reduce the amount of time you have to spend with your family.

University of Utah physicists developed small devices that turn heat into sound and then into electricity. The technology holds promise for changing waste heat into electricity, harnessing solar energy and cooling computers and radars.

The majority of doctors in North Carolina do not probe for signs of postpartum depression in new mothers, according to a survey conducted by researchers at the University of North Carolina at Chapel Hill.

Of the 228 physicians responding to the survey who said they had seen women for postpartum visits in the previous three months, 79 percent said they were unlikely to formally screen the patients for depression. An estimated 13 percent of new mothers are affected by postpartum depression.

Pinning down the Butterfly Effect

Belgian mathematician hopes to use the science of chaos, the butterfly effect and strange attractors to help build a complete model of climate and resources that will lead to a new approach to sustainable development.

New theory of evolution - man learned to walk in trees

Scientists at the University of Liverpool have found that humans’ ability to walk upright developed from ancestors foraging for food in forest tree tops and not from walking on all fours on open land.

It was traditionally thought that humans became upright walkers in a slow process which had its origins in ‘knuckle-walking’ – movement on all fours – just as chimpanzees and gorillas walk today. It was believed that this developed once human ancestors moved out of the forests into the savannahs of East Africa.

From a combination of climate models, satellite data, and paleoclimate records the scientists conclude that the West Antarctic ice sheet, Arctic ice cover, and regions providing fresh water sources and species habitat are under threat from continued global warming.

Will the air in Rome make you high?

Scientists at Consiglio Nazionale delle Ricerche in Italy have discovered particles of cocaine and marijuana in the air around Rome, they revealed today.

Rome's atmosphere contained 0.1 nanograms per cubic meter of cocaine at its height during their analysis. Not a substantial impact but still a cause for concern. This was in addition to benzopyrene C20H12 and other types of emissions.