Cricket bats should be made from bamboo not willow, Cambridge study finds 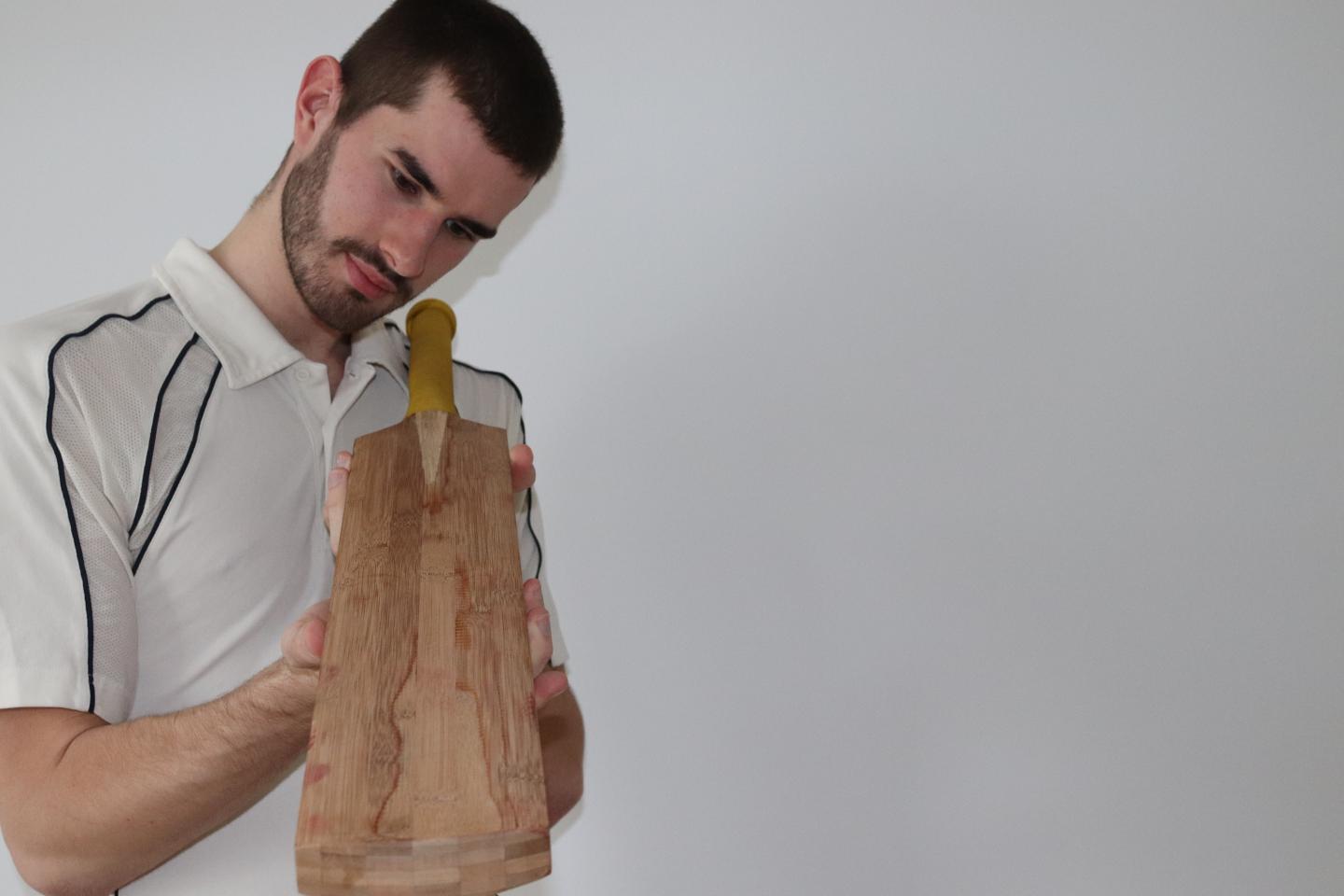 Bamboo cricket bats are stronger, offer a better 'sweet spot' and deliver more energy to the ball than those made from traditional willow, tests conducted by the University of Cambridge show. Bamboo could, the study argues, help cricket to expand faster in poorer parts of the world and make the sport more environmentally friendly.

"The sound of leather on willow" may have delighted cricket lovers for generations but the sport should now consider making the blades of its bats with bamboo, say researchers from Cambridge's Centre for Natural Material Innovation.

The study, published today in The Journal of Sports Engineering and Technology, shows that bamboo is significantly stronger - with a strain at failure more than three times greater - than willow and able to hold much higher loads, meaning that bats made with bamboo could be thinner while remaining as strong as willow. This would help batsmen as lighter blades can be swung faster to transfer more energy to the ball. The researchers also found that bamboo is 22% stiffer than willow which also increases the speed at which the ball leaves the bat.

During manufacture, the surface of cricket bats is compressed to create a hardened layer. When the team compared the effect of this 'knock-in' process on both materials, they found that after 5 hours bamboo's surface hardness had increased to twice that of pressed willow.

Perhaps most excitingly, they found that the sweet-spot on their prototype bamboo blade performed 19% better than that on a traditional willow bat. This sweet-spot was about 20 mm wide and 40 mm long, significantly larger than on a typical willow bat, and better still, was positioned closer to the toe (12.5 cm from the toe at its sweetest point).

Co-author, Dr Darshil Shah, a former member of Thailand's under-19 national cricket team, said: "This is a batsman's dream. The sweet-spot on a bamboo bat makes it much easier to hit a four off a Yorker for starters, but it's exciting for all kinds of strokes. We'd just need to adjust our technique to make the most of it, and the bat's design requires a little optimisation too."

The pair also tested for comfort and found that bamboo had a similar 'damping ratio' to willow meaning that a similar amount of force is transferred to a player's hands when they strike the ball. In other words, players using bamboo bats wouldn't feel any more vibration than if they tried out a willow bat.

The study points out that there is a shortage of good-quality willow, which takes up to 15 years to mature - mostly in England - to the point where the wood can be used to make cricket bats. Even then, bat makers often have to throw away a large quantity (up to 30%) of the wood they source.

By contrast, Moso and Guadua, the two most suitable types of structural bamboo, grow abundantly in China, across Southeast Asia and South America. These bamboos mature twice as fast as willow and because the cell structure in the laminated material is more regular, less raw material is wasted during manufacture. The researchers believe that high performance, low-cost production and increased sustainability could make bamboo cricket bats a viable and ethical alternative to willow.

Co-author Ben Tinkler-Davies said: "Cricket brings you really close to nature, you spend hours out in the field, but I think the sport can do a lot more for the environment by promoting sustainability. We've identified a golden opportunity to achieve that while also helping lower income countries to produce bats at lower cost."

In the nineteenth century, cricket bat makers experimented with various types of wood but from the 1890s, they settled on the sapwood of Salix Alba, a light coloured willow, for the blade as it offered high stiffness, low density and visual appeal. The use of cane in cricket has been limited to bat handles and pads.

Working with local a cricket bat manufacturer Garrard & Flack, the researchers made a full-size bamboo bat prototype. They first had to split the bamboo culms into lengths (about 2.5 metres long), plane them flat and then stack, glue and laminate them into solid planks ready to be cut into different sizes. While this sounds laborious, using laminated bamboo avoids the rolling processes needed to harden willow. The cell structure of bamboo naturally has a higher density than willow.

The materials used to make cricket bats are regulated by the Marylebone Cricket Club (MCC), the sport's governing body, and Law 5.3.2 states that "The blade shall consist solely of wood".

Shah said: "Bamboo is a grass not a wood so there would need to be discussions with the MCC but we think playing with a bamboo bat would be within the spirit of the game because it's a plant-based material and cane, a type of grass, is already used in the handle."

But what about that iconic sound of leather on willow? "We tested that too", Tinkler-Davies said. "The frequency when willow strikes the ball is very similar - whether you're playing or spectating, you wouldn't notice much of a difference."

To those left feeling "It's just not cricket", Dr Shah said: "Tradition is really important but think about how much cricket bats, pads, gloves and helmets have already evolved. The width and thickness of bats have changed dramatically over the decades. So if we can go back to having thinner blades but made from bamboo, while improving performance, outreach and sustainability, then why not?"

The researchers now hope to enter into discussions with the MCC and leading bat manufacturers.

Tinkler-Davies said: "Our first prototype bat is 40% heavier than most full-size willow cricket bats so we now need to work out the optimum design to reduce that. Because laminated bamboo is so strong, we're very confident we can make a bamboo bat light enough, even for today's fast-scoring, short forms of the game."