Competing for high status speeds up aging in male baboons 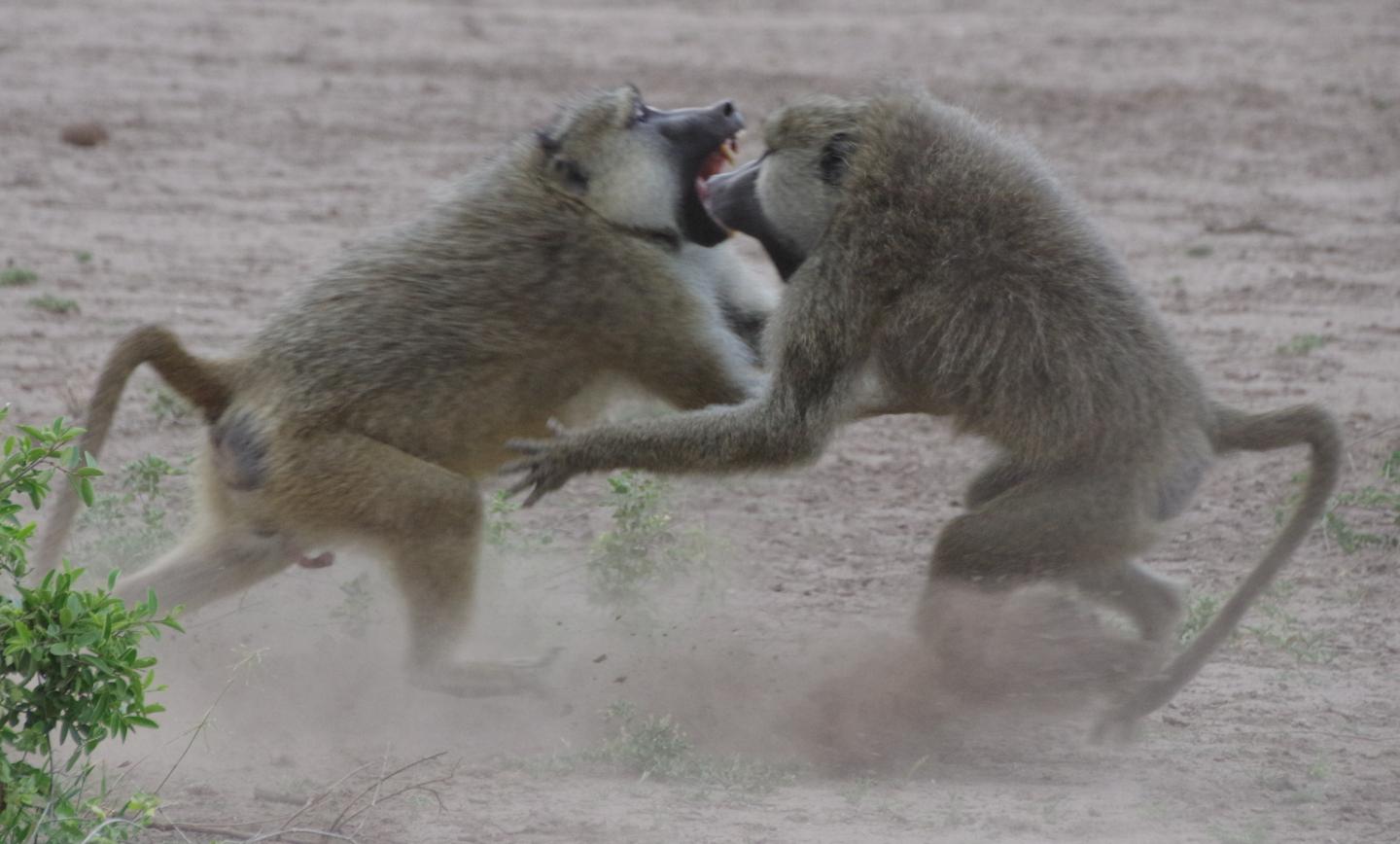 Battling other male baboons to achieve high social status comes with physiological costs that accelerate aging, according to study published today in eLife.

The findings suggest that current life circumstances may be more important contributors to premature aging than early life hardship, at least in baboons.

"Environmental stressors can make the clock tick faster, so that some individuals appear biologically older than their actual age and experience a higher risk of age-related disease," explains co-first author Jordan Anderson, a PhD student in Evolutionary Anthropology at Duke University, Durham, North Carolina, US. "We sought to answer what social or early life experiences contribute to accelerated aging in baboons."

Instead, they found that the highest-ranking males showed signs of accelerated aging. Higher body mass index, which is associated with having more lean muscle mass in baboons, was also associated with accelerated aging, likely because of the physical demands of maintaining high status. The team was also able to show that the epigenetic clock sped up as the animals climbed the social ladder and slowed down as they moved down it.

"While the findings reveal how social pressures can influence aging for males, we don't see the same effect of rank in female baboons, who are born into their social rank rather than having to fight for it," adds senior author Jenny Tung, Associate Professor in the Departments of Evolutionary Anthropology and Biology at Duke University, and a Faculty Associate of the Duke University Population Research Institute.

"Our results have important implications for research on the social determinants of health in humans and other animals because they show that 'high status' can mean very different things in different contexts. They also highlight the importance of examining the effects of both early life and current life environments on biological aging," Tung concludes.