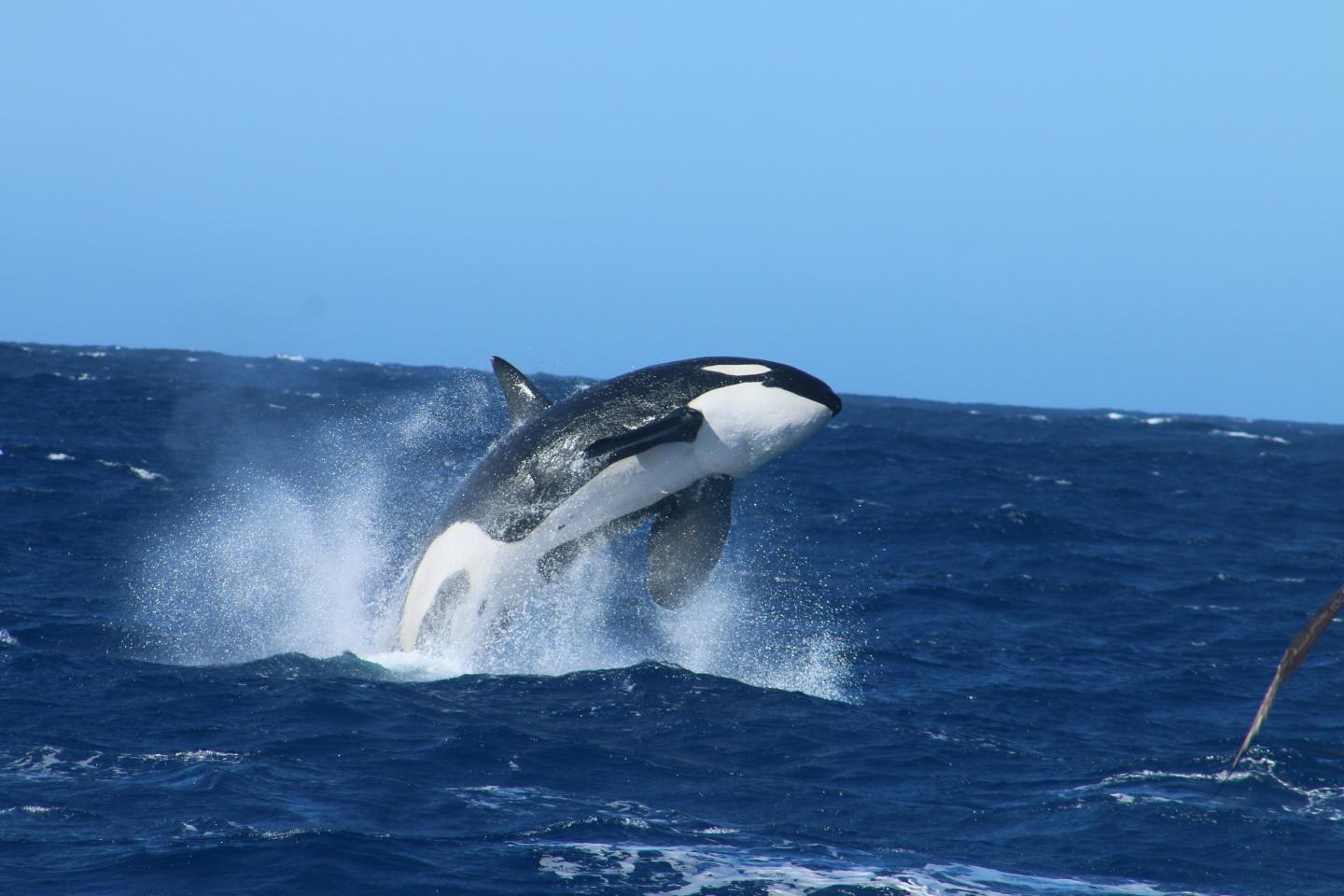 A Flinders University researcher has finally fathomed why large numbers of killer whales gather at a single main location off the Western Australian southern coastline every summer.

In a new paper published in Deep Sea Research, physical oceanographer Associate Professor Jochen Kampf describes the conditions which have produced this ecological natural wonder of orcas migrating to the continental slope near Bremer Bay in the western Great Australian Bight from late austral spring to early autumn (January-April).

"The aggregation is connected to the local marine food web that follows from the upwelling of benthic particulate organic matter (POM) in a confined region near the seafloor plateau near the head of the Hood Canyon," says Associate Professor Kampf, from the Flinders University College of Science and Engineering.

But how and why does this feeding aggregation occur?

Detailed modelling of the three submarine canyons in the region has demonstrated how the process favours the Hood Canyon over the adjoining Bremer and Whale canyons.

"We showed that the shape and position of the Hood Canyon on the continental slope enables it to funnel significantly more benthic particles onto surrounding areas, and this is supported by smaller scale undulations which cause the slope upwelling of POM."

Naturaliste Charters whale watching tour operators in Bremer Bay says the eco-wilderness expeditions over several years have identified more than 275 regular killer whales at the location, between January and April, with this year's aggregation attracting some new animals.

"This large aggregation of killer whales at Bremer Bay come to the same confined region every year over a seafloor plateau near the head of the Hood Canyon where the total water depth is between 800m and 1000m.

The hydrodynamic modelling framework of the 'Orca Plateau' explains how the Hood Canyon produces a concentrated flow of POM at great depth that provides the diet for deep-sea crabs, squids and other filter feeders upon which killer whales feed.

"Explaining the feeding aggregation of these populations is an important step forward in explaining this natural phenomenon," he says.

The Naturaliste Charters website says: "Every year in summer, this newly discovered remote marine wilderness hot spot off the WA coast becomes the epicentre for an unbelievable intensity of life, including whaler sharks, giant squid, sperm whales, masses of sea birds and the largest aggregation of killer whales in the Southern Hemisphere".