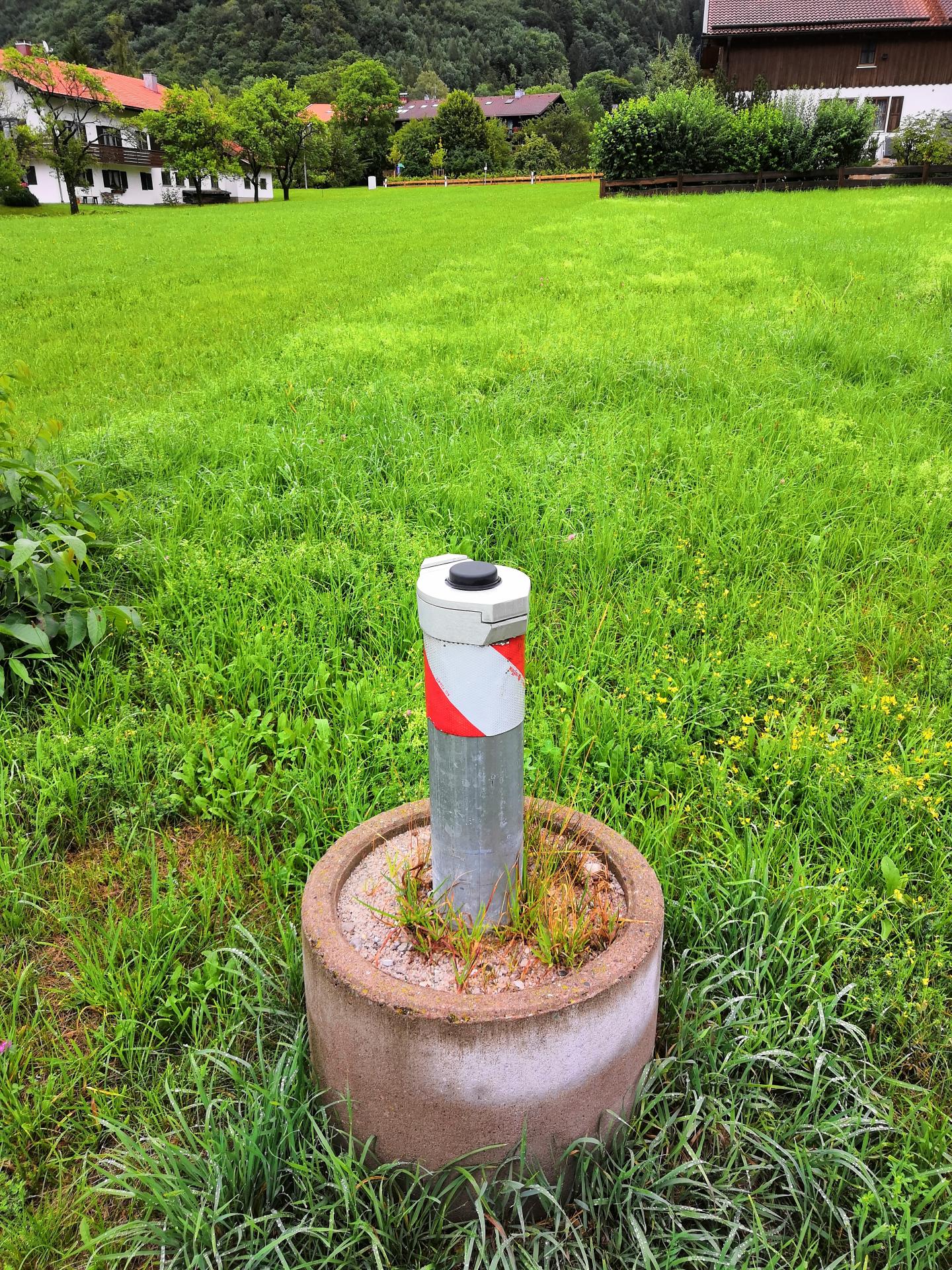 IMAGE: Temperatures were measured at 35 groundwater stations in Bavaria, Germany

Groundwater reservoirs in Bavaria have warmed considerably over the past few decades. A new study by researchers at Martin Luther University Halle-Wittenberg (MLU) compares temperatures at 35 measuring stations, taken at different depths, with data from the 1990s. Water found at a depth of 20 metres was almost one degree warmer on average than 30 years ago. The findings were published in the journal "Frontiers in Earth Science".

As the air warms, the ground also becomes warmer over time - ultimately resulting in warmer groundwater. Geologists call this thermal coupling. "Unlike the atmosphere, however, the earth's sub-surface is very sluggish," explains Professor Peter Bayer, a geoscientist at MLU and co-author of the study. Because the ground below the surface does not react to short-term temperature fluctuations and thus tends to reflect long-term trends, it is a good indicator of climate change.

"This ground warming effect has been known to scientists, however there is still little data on it," explains Bayer. For the new study, Bayer and his doctoral student Hannes Hemmerle repeated measurements that had been carried out in the 1990s at 35 measuring stations in groundwater reservoirs in Bavaria. The measuring points are distributed throughout the state, which provides a rare insight into the development of an entire region.

The geologists were able to show that almost all the groundwater reservoirs they investigated had warmed up in a similar way over the decades. "Climate change has a very clear effect at depths starting at around 15 metres; at that point short-term local or seasonal fluctuations can no longer be measured," explains Hemmerle. The groundwater at depths of 20 metres was, on average, nearly 0.9 degrees Celsius warmer than in the 1990s. At depths of 60 metres it was still nearly 0.3 degrees warmer. During the same period, the average air temperature rose by 1.05 degrees Celsius.

"It can be assumed that the groundwater will warm up even more as a delayed reaction to air temperatures and that it will continue to react to rising atmospheric temperatures in the future," says Hemmerle. The consequences of this warming are still difficult to gauge, says Bayer, who adds, higher water temperatures affect the growth of microbes and put pressure on underground ecosystems that are adapted to very constant temperatures.

In order to get a feel for the magnitude of the measurements, Bayer and Hemmerle also compared ground warming at a depth of 15 metres with Bavaria's annual heating requirements. Their findings: the increase in temperature correlates to about ten percent of demand. "At least a portion of the heat could possibly be reused as geothermal energy," says Bayer. However, the results cannot be directly transferred to the whole of Germany. "But it can be assumed that the trend is the same," says Hemmerle.