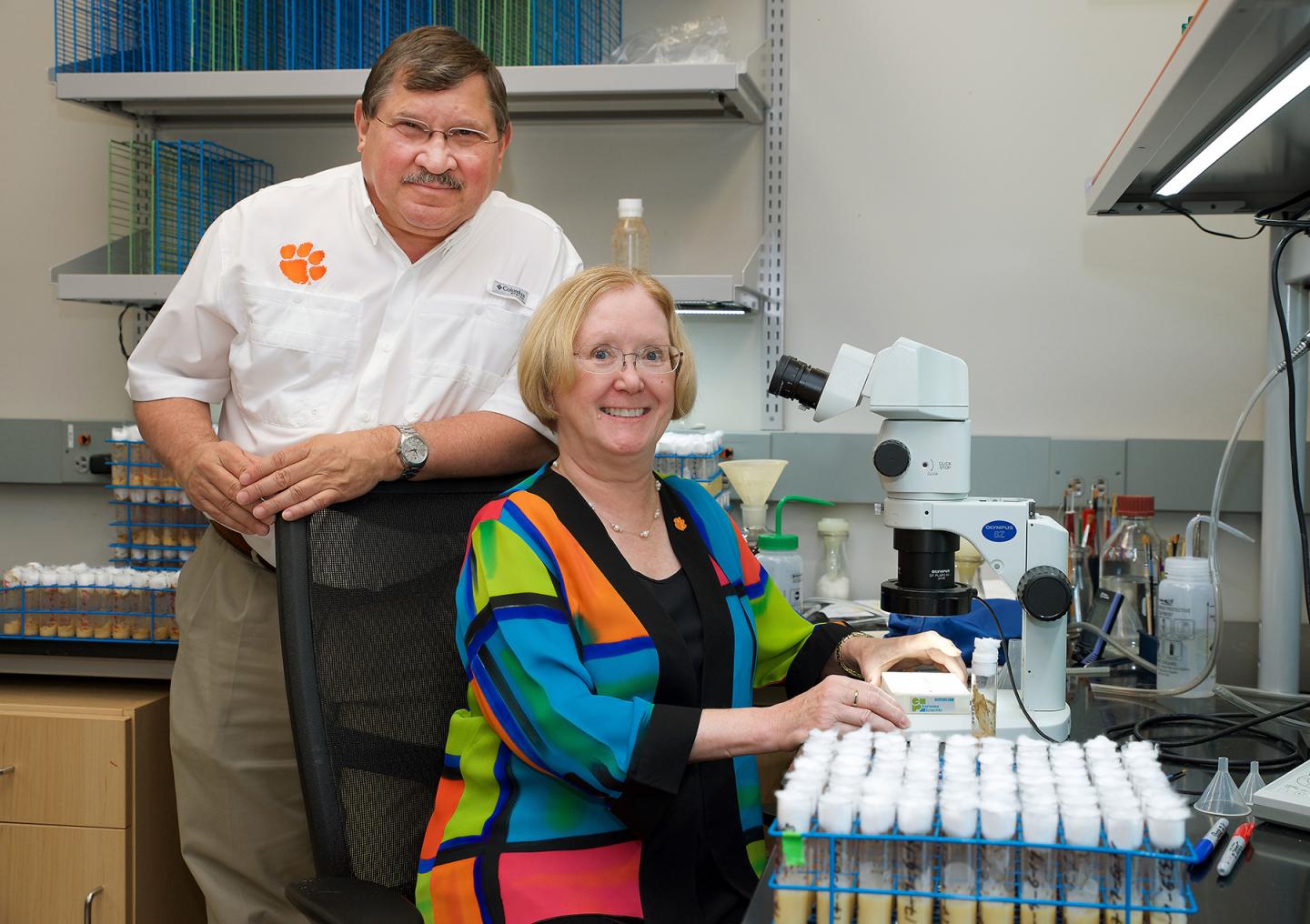 CLEMSON, South Carolina - A critical question in medicine asks how individual variation in DNA can predict variation in health and disease. New research from the Clemson Center for Human Genetics identified hundreds of metabolites that might serve as intermediates to translate variation in the genome to variation in complex traits. Published recently in Genome Research, the findings could one day help doctors better monitor metabolite variation as an indicator for disease.

The central dogma of molecular biology spells out how DNA is transcribed into RNA, which is translated into proteins. Many of these proteins function as enzymes that catalyze chemical reactions between small molecules that carry out the programs specified in our DNA, known as metabolites. These metabolites, collectively referred to as the "metabolome," perform essential functions, from generating or storing energy to serving as building blocks for our cells.

"A lot of the reason the metabolome has not been emphasized in genome-wide studies is because of technology. Only recently has mass spectrometry advanced, such that it has become feasible to survey the entire metabolome on a fairly large scale," said Trudy Mackay, director of Clemson University's Center for Human Genetics.

In this groundbreaking study led by Mackay's former postdoctoral researchers Shanshan Zhou and Fabio Morgante, researchers sought to measure hundreds of metabolites found within the experimental model system of the common fruit fly, Drosophila melanogaster, to gauge how those metabolites fluctuated alongside variation in genetic information. Once the metabolites were identified, the rest of the study was conducted computationally, correlating variation in metabolites with DNA variants and variation in a wide range of traits measured in 40 different fruit fly lines.

"What Shanshan did first was to ask: When we look at variation, are these metabolites all independent or do some of them vary together as you would expect if they fall in the same kind of pathway? Then, she put them together in different pathways to see - both on the level of individual metabolite or of groups of metabolites - if they are associated with variation in the genome of these fly lines," said Robert Anholt, Provost's Distinguished Professor of Genetics and Biochemistry who is also located at the Center for Human Genetics.

Zhou was able to draw correlations between polymorphic changes in the DNA - specific base pair differences in the genetic code - that translated to variation in the metabolome. She also found connections between variation in RNA transcripts and variations in metabolites. Taking the analysis one step further, Zhou considered whether metabolite levels can be associated with particular traits or characteristics, called phenotypes.

"One of the traits studied was resistance to stress: how long can flies survive when you put them on a medium where there are no nutrients for them?" Anholt said. "Shanshan found different metabolomic transcriptional DNA networks between males and females, both of which are related to lipid metabolism."

Inter-male aggression, a trait that takes an abundance of energy to display, was another phenotype included in the study. As hypothesized, metabolites involved in rapid energy generation, such as those belonging to the citric acid cycle, featured prominently in this network.

"We knew that it is difficult to accurately predict the phenotype based only on information of DNA variants," Anholt said. "When Fabio Morgante analyzed the data, he found that the accuracy of prediction increases when you look at the metabolome, because the metabolome is much more closely related to the phenotype than the DNA."

Summed together, the results might one day facilitate early diagnosis - or a more accurate diagnosis - for illnesses that can be detected by metabolite variation.

"Let's say someone has family members in which there is a prevalence of a particular late-onset disease. It would be nice for that person to know: are they at-risk or not at-risk of developing the disease." Anholt said. "And maybe there is not a biomarker available for that risk today. But if you know the genetic variation and you know how genetic variation impacts variation in the metabolome, one could monitor the metabolome and find out a very early diagnosis if a particular metabolite changes."

Mackay emphasized that although the team's study identified hundreds of metabolites, the genetic basis of variation in those metabolites is still difficult to elucidate. Many more studies on the genotype-metabolite-phenotype relationship will need to be carried out to consolidate the genetic underpinnings of metabolite diversity.

Nevertheless, this comprehensive study fills in gaps of missing information that create more avenues for research in the future. As the technology to measure the metabolome improves, databases containing metabolomic information will expand.

Morgante, who completed his studies under Mackay and Anholt in their time at North Carolina State University, will soon be joining the researchers at the Center for Human Genetics as an assistant professor. Zhou is currently a research scientist at Covance Inc., a subsidiary of LabCorps.