Can oilfield water safely be reused for irrigation in California? 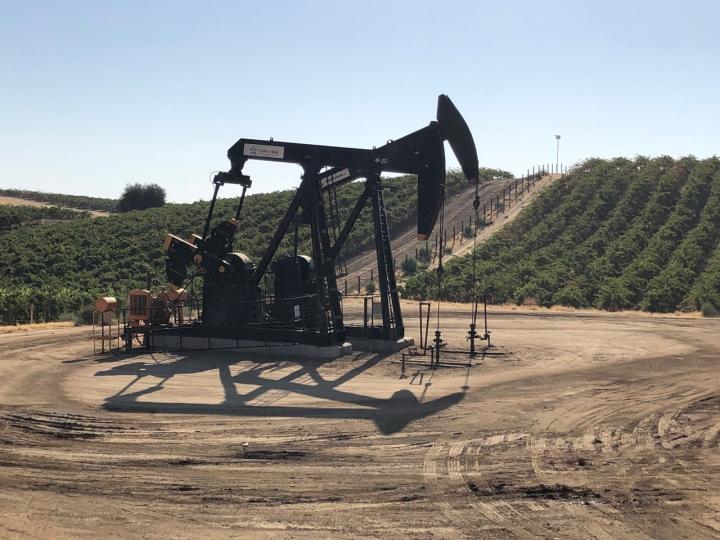 IMAGE: Many farm fields in the Cawelo Water District of California have been irrigated with reused oilfield water mixed with surface water for 25 years. A new Duke-led study finds the...

DURHAM, N.C. - A new study by researchers at Duke University and RTI International finds that reusing oilfield water that's been mixed with surface water to irrigate farms in the Cawelo Water District of California's Kern County does not pose major health risks, as some opponents of the practice have feared.

"We did not find any major water quality issues, nor metals and radioactivity accumulation in soil and crops, that might cause health concerns," said Avner Vengosh, professor of water quality and geochemistry at Duke's Nicholas School of the Environment, whose lab led the new study.

Faced with increasing droughts and water shortages, some farmers in the Cawelo district have used diluted oilfield produced water (OPW) for irrigation for their fields for more than 25 years, as permitted under California Water Board policy.

While the oilfield-mixed water contains slightly elevated levels of salts and boron relative to the local groundwater, those levels are still below the standards set by the state for safe drinking water and irrigation in the Cawelo district, Vengosh said.

Boron and salts from the OPW have however, accumulated over time in the irrigated soil. The district's farmers will need to plant boron-tolerant crops and keep mixing the OPW with fresh water to avoid boron toxicity and salinity buildup in their fields, and also to remain within state guidelines. "But all things considered, this is good news," Vengosh said.

The researchers published their peer-reviewed findings May 18 in the journal Science of the Total Environment.

The new study should help allay fears that contaminants in the Cawelo OPW, which is produced as a byproduct of oil and gas extraction at sites adjacent to many farm fields in the district, could impact water and soil quality, harm crop health or pose risks to human health, the researchers said.

"Those concerns assumed that the OPW generated by oil and gas wells in the Cawelo district contains similar mixtures of salts, metals and naturally occurring radioactivity as OPW generated in oil fields in other regions. But our study shows that's not the case," said Andrew Kondash, a research environmental scientist at RTI International, who led the study as part of his 2019 doctoral dissertation at Duke.

"The OPW produced in Kern County is much more diluted and low-saline than common OPW from other parts of the country, so it can be used for irrigation if it is mixed with surface water," Kondash said.

Determining whether it is safe to use OPW for irrigation in other locations would require a similar suite of water and soil testing, Kondash said. "You can't assume that the results in this study could be applied to OPW from other oilfields, where the salinity is typically much higher."

To conduct the new study, the researchers collected and analyzed soil samples, irrigation water samples, OPW samples and groundwater samples from sites across the Cawelo Water District from December 2017 to September 2018 and analyzed them for a wide range of contaminants including, salts, metals and radioactive elements.