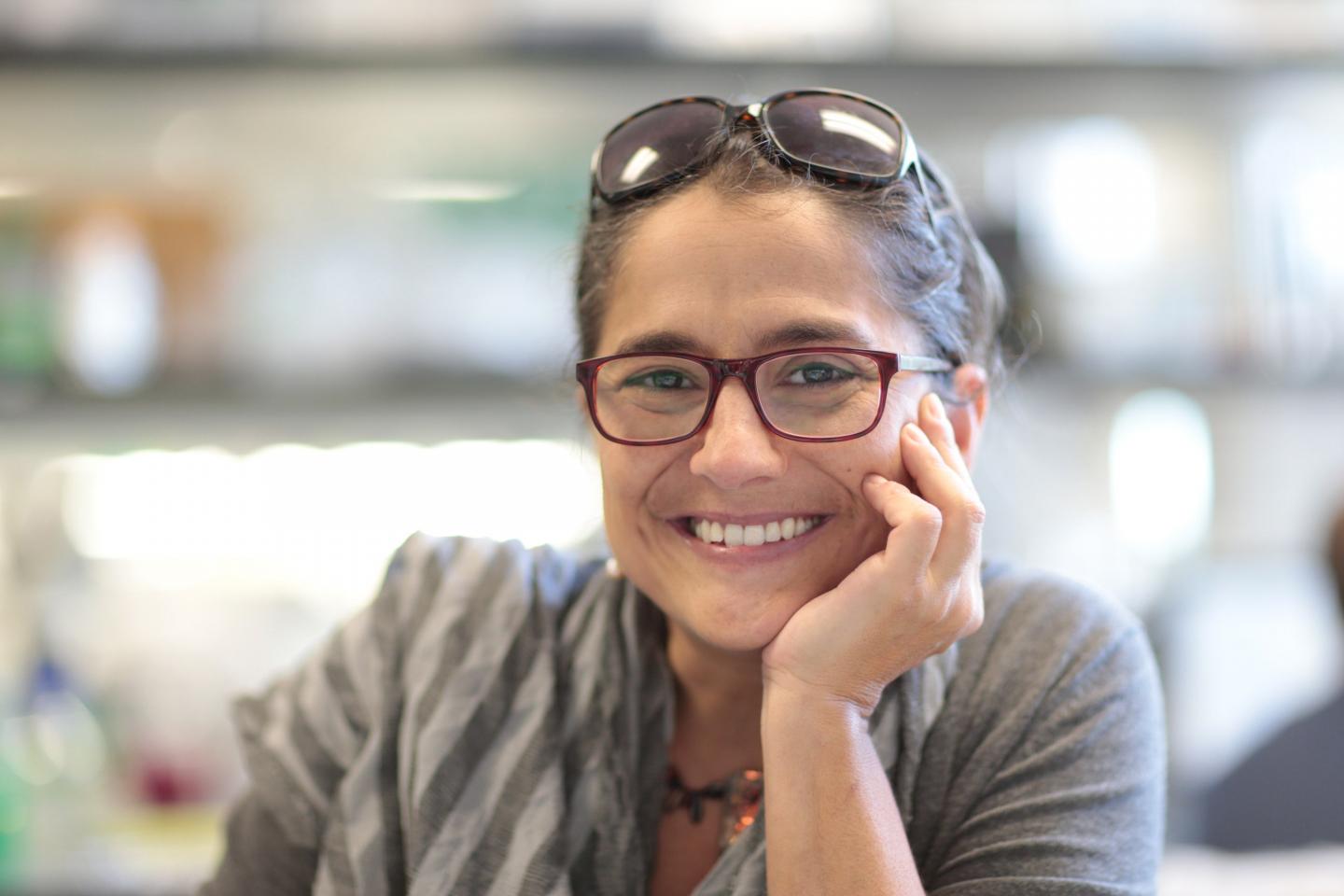 IMAGE: Alessandra Sacco, Ph.D., senior author of the paper and associate professor in the Development, Aging and Regeneration Program at Sanford Burnham Prebys.

LA JOLLA, CALIF. - April 17, 2019 - Lying within our muscles are stem cells, invisible engines that drive the tissue's growth and repair. Understanding the signal(s) that direct muscle stem cells to spring into action could uncover new ways to promote muscle growth. However, these mechanisms are poorly understood.

Now, scientists from Sanford Burnham Prebys have uncovered a molecular signaling pathway involving Stat3 and Fam3a proteins that regulates how muscle stem cells decide whether to self-renew or differentiate--an insight that could lead to muscle-boosting therapeutics for muscular dystrophies or age-related muscle decline. The study was published in Nature Communications.

"Muscle stem cells can 'burn out' trying to regenerate tissue during the natural aging process or due to chronic muscle disease," says Alessandra Sacco, Ph.D., senior author of the paper and associate professor in the Development, Aging and Regeneration Program at Sanford Burnham Prebys. "We believe we have found promising drug targets that direct muscle stem cells to 'make the right decision' and stimulate muscle repair, potentially helping muscle tissue regeneration and maintaining tissue function in chronic conditions such as muscular dystrophy and aging."

Muscle wasting occurs as part of the natural aging process, called sarcopenia, or due to genetic diseases such as muscular dystrophy. Sarcopenia affects nearly 10 percent of adults over the age of 50 and nearly half of individuals in their 80s. The condition leads to loss of independence and contributes to falls, a leading cause of accidental death in people age 65 or older. Muscular dystrophies are a group of more than 30 genetic diseases characterized by progressive muscle weakness and degeneration. A cure does not exist.

Muscle stem cells select between two fates over a person's lifetime: Either differentiate to become adult muscle cells or self-renew to replenish the stem cell population. Accumulating evidence shows that mitochondrial respiration (cellular breathing) is a key switch that drives muscle stem cells to differentiate, an energy-intensive process, instead of self-renew.

In the study, the scientists used mouse models to demonstrate that Stat3 promotes mitochondrial respiration. Because Stat3 regulates many cellular processes, the scientists combed through genes expressed during muscle growth to find additional proteins regulated by Stat3 that might serve as more specific targets.

"As the number of people over the age of 65 rises due to the aging of the baby-boomer generation, it is important to not only extend life span but also health span--the years we can remain healthy and active," says David Sala, Ph.D., the first author of the paper and a postdoctoral researcher in the Sacco laboratory. "The ability to boost and maintain muscle tissue function can help more people live an active and independent life. The results of our research can also find applications for muscle wasting disorders such as muscular dystrophy."

The scientists are already conducting preclinical studies to validate Fam3a as a therapeutic target. They also hope their findings could apply to stem cells that differentiate to create other tissues, which could help treat other degenerative tissue diseases.