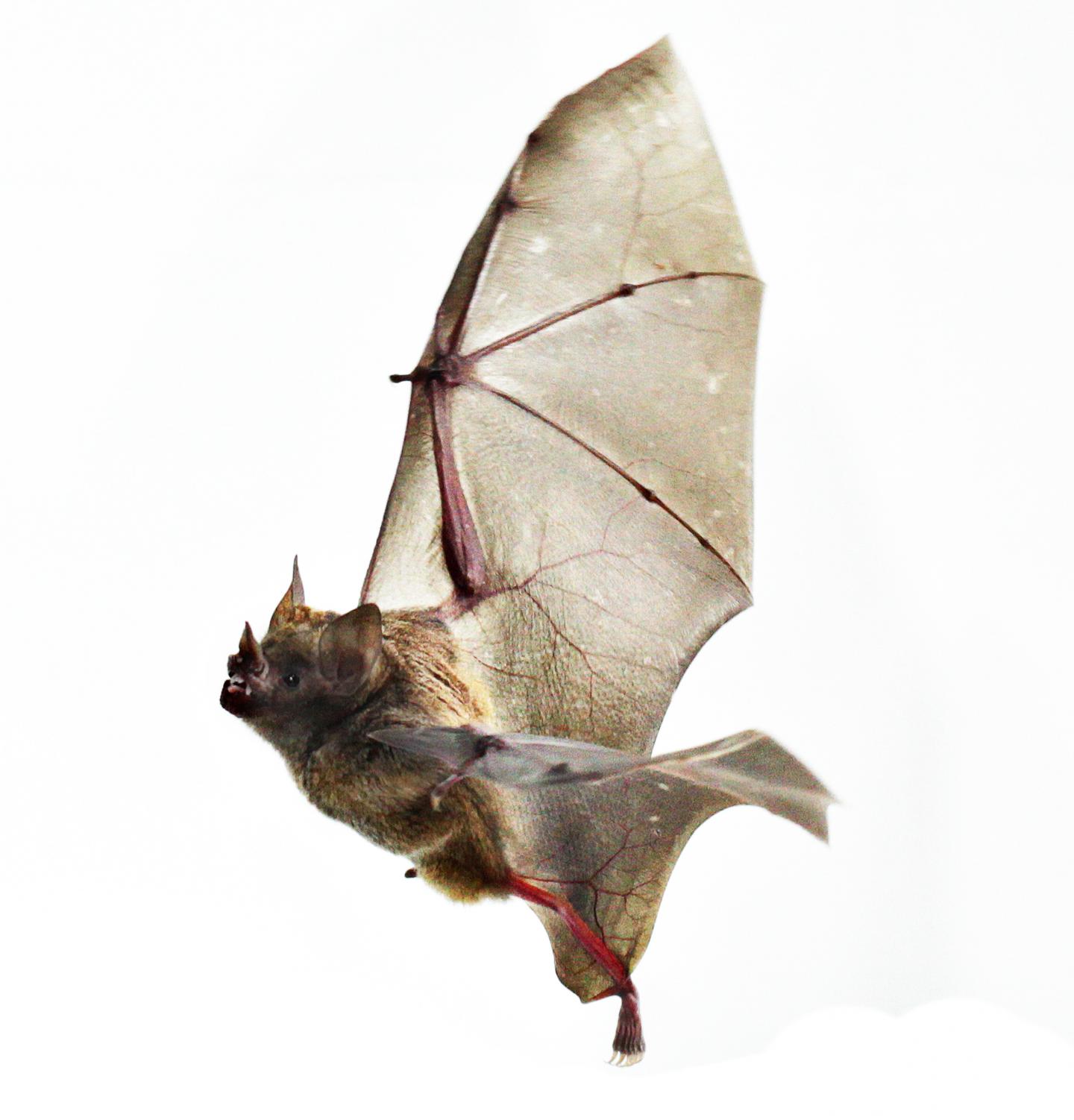 IMAGE: A new study shows that bats wing muscles operate at significantly lower temperatures than their bodies, particularly during flight. Understanding how bats get such high performance out of cold muscle...

PROVIDENCE, R.I. [Brown University] -- A new study finds that the muscles in bats' wings operate at a significantly lower temperature than their bodies, especially during flight.

Past research suggests that in most other creatures, including humans, muscles involved in exercise become warmer in response to movement. But the small muscles of a bat's wing are uniquely vulnerable to heat loss during flight, as they're covered by only a thin layer of skin -- and warming them up would be inefficient from the standpoint of energy use.

"We tend to assume that warm-blooded animals are warm all the time," said Brown University Ph.D. student Andrea Rummel, who authored the study alongside Brown biologists Sharon Swartz and Richard Marsh. "But this research shows that warm-blooded animals have a lot more variation in body temperature than we expected. That has implications for how animals are moving around, including humans."

The findings, published in Biology Letters on Wednesday, Sept. 11, offer context on a previous study by the team, which found that bat wing muscles are much less sensitive to cold temperatures compared to the muscles of a typical mammal. When muscles cool down, they contract and relax more slowly, so they don't work as well. That's true for bats too, but to a much lesser extent. Even as their wing muscles cool during flight, they successfully maintain the rapid wingbeats and the fast, coordinated muscular contractions they require in order to remain airborne.

"We know that bats are able to support super high-performance locomotion with muscles that are really cold," Rummel said. "The fact that their muscles are cold indicates that there are probably other small mammals and small birds that are also moving around really well with cold muscles -- and presumably they all have some muscular adaptation, behavioral adaptation or other physiological adaptation that helps them do that."

Understanding any of these mechanisms could help scientists to improve the regulation of human exercise in the cold, or even in heat, she added. "There's a lot we don't know about how to maximize exercise performance and how to keep people safe during strenuous exercise and in extreme conditions," Rummel said.

Marsh said that the group's work could enhance understanding of muscle performance for people in specific professions as well.

"Particularly for workers like fishermen, who operate in cold water, and for other people who have to do outdoor jobs, there are issues with the small muscles in the hand and forearm," he said. "So there's an interest in quantifying those aspects and figuring out the effects of cold on muscle."

To conduct their research, the team used temperature sensors inserted into the wings of bats. Ultimately, they found that the biceps and forearm muscles were significantly cooler than the core body muscles, and this temperature difference became even more pronounced immediately after the bats began flying -- especially in the forearm muscles, which were about 12 degrees Celsius cooler than the core during flight.

Now that they've confirmed that bat wing muscles operate at uniquely low temperatures and appear to be less susceptible to cold-related performance deficits, the researchers will work to explore the muscles' intrinsic properties. Specifically, they will look more closely at a protein called myosin, a key building block of muscle. Myosin is present in both bat and human muscle, but genetic or environmental factors may have influenced the myosin in bat wings to develop reduced sensitivity to cold.

The researchers also plan to use electromyography in order to evaluate the wing muscles' activation patterns while the bats are flying.

"One of the possible mechanisms to cope with cold," said Marsh, "is to simply activate more muscle. So if your muscles tend to get slow, you can compensate to a certain extent by activating more of the volume of the muscle. That's one possible mechanism that we hope to look at in bats."