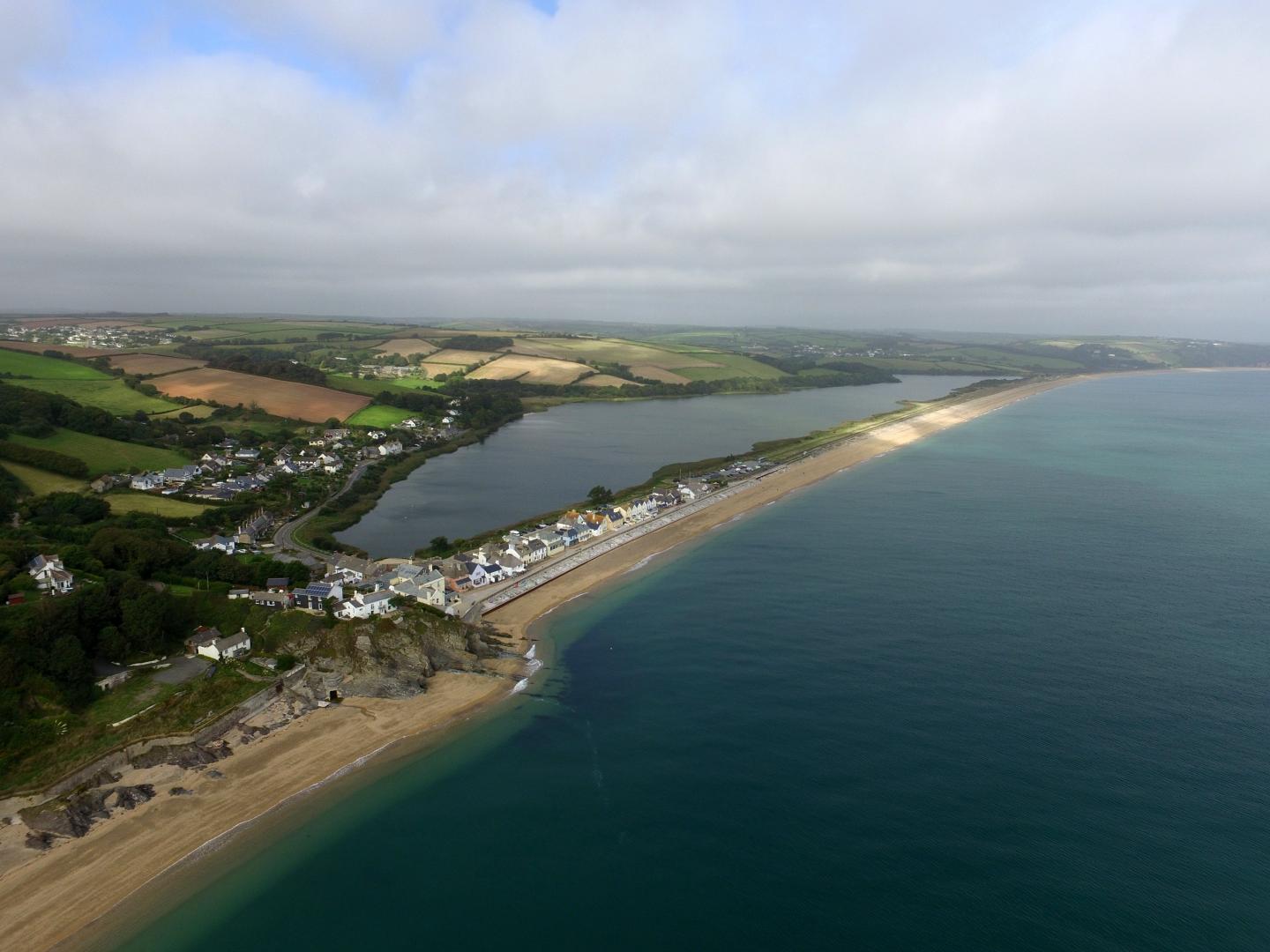 IMAGE: Slapton Sands in Devon (UK), with the village of Torcross in the foreground, is an example of where the beach has space to move and therefore survive

An international team of coastal scientists has dismissed suggestions that half the world's beaches could become extinct over the course of the 21st century.

The claim was made by European researchers in a paper published in Nature Climate Change in March 2020 (Sandy coastlines under threat of erosion by Vousdoukas et al).

However, academics from the UK, France, South Africa, Australia, New Zealand and the USA have re-examined the data and methodology that underpinned the original study and say they strongly disagree with its conclusion.

They have now published a rebuttal to the article in the same journal, and concluded that with the global data and numerical methods available today it is impossible to make such global and wide-reaching predictions.

Critical to their disagreement with the original paper's conclusions is the fact that they say there is potential for beaches to migrate landwards as sea level rises and shorelines retreat.

The key notion behind that is that if beaches have space to move into under the influence of rising sea levels - referred to as accommodation space - they will retain their overall shape and form but in a more landward position.

The new research says that beaches backed by hard coastal cliffs and engineering structures, such as seawalls, are indeed likely to disappear in the future due to sea-level rise as these beaches are unable to migrate landward.

They will first experience 'coastal squeeze' resulting in a decrease in width, and will eventually drown.

However, beaches backed by low-lying coastal plains, shallow lagoons, salt marshes and dunes will migrate landward as a result of rising sea level. In these cases, the shoreline will retreat, but the beaches are still likely to remain, albeit a little raised in elevation and located landward, and will certainly not go 'extinct'.

The new paper says there is currently no information available globally on the number of beaches which fall into either category and, as such, it is impossible to quantify what proportion of the world's beaches will disappear between now and 2100.

Andrew Cooper, Professor of Coastal Studies at Ulster University and the new paper's lead author, said: "New methods are needed for predicting impacts of sea-level rise on the coast. This will require better datasets of coastal morphology and improved understanding of the mechanisms of shoreline response in given settings. As sea level rises, shoreline retreat must, and will, happen but beaches will survive. The biggest threat to the continued existence of beaches is coastal defence structures that limit their ability to migrate."

Co-author Professor Gerd Masselink, from the University of Plymouth's Coastal Processes Research Group, led a study earlier this year which found that island 'drowning' is not inevitable as sea levels rise.

He added: "Sea level is currently rising and will continue to rise at an increasing rate for many years to come. This will lead to more coastal erosion and it is crucial that we anticipate the future loss of land and take this into account in coastal management and planning to avoid putting more buildings and coastal infrastructure in harm's way. In the UK, Coastal Change Management Areas (CCMAs) are becoming increasingly important as a planning tool. CCMAs are areas that are likely to be affected by coastal change in the future and development in these areas should be avoided. This will then enable the coastline to respond naturally to sea-level rise, preventing coastal squeeze and loss of beaches."

Coastal structures such as seawalls prevent beaches from naturally adjusting to rising sea levels by migrating landward and in those settings, removal of the structures (managed realignment) or nature-based solutions (beach nourishment) may be the only methods to safeguard the future of these beaches.