RIVERSIDE, Calif. (http://www.ucr.edu) — A University of California, Riverside assistant professor of engineering is among a group of researchers that have made important discoveries regarding the behavior of a synthetic molecular oscillator, which could serve as a timekeeping device to control artificial cells.

Elisa Franco, an assistant professor of mechanical engineering at UC Riverside's Bourns College of Engineering, and the other researchers developed methods to screen thousands of copies of this oscillator using small droplets. They found, surprisingly, that the oscillators inside these small droplets behave in a very diverse way in terms of period, amplitude and phase.

"This diversity will play an important role in engineering complex behaviors in artificial cells, and we will take advantage of it," Franco said.

The paper, "Diversity in the dynamical behavior of a compartmentalized programmable biochemical oscillator," was published online this week in the journal Nature Chemistry. Co-authors were: Maximilian Weitz, Korbinian Kapsner and Friedrich C. Simmel, all of the Technische Universität München in Germany and Jongmin Kim and Erik Winfree, both of the California Institute of Technology.

Electronic oscillators are circuits that produce a periodic electronic signal, and they are used to regulate a variety of devices from radio and television transmitters to cellphones and computers. Biological systems are also regulated by complex molecular oscillators, from the level of individual cells up to entire organisms. 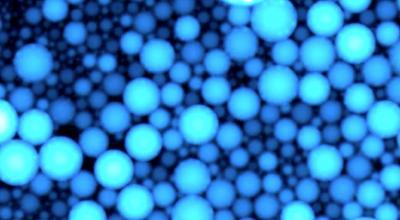 Micron-sized droplets of an emulsion form the reaction vessels for a complex, oscillating reaction.

For decades, scientists have been trying to figure out ways to make artificial, programmable oscillators with molecules. Artificial oscillators may help adjust timekeeping in cells and regulating artificial cells. They could also be used as components in molecular computers that could create a middle ground between computers and nature.

Franco and the other researchers worked with a minimalistic artificial clock made with a soup-like mixture of DNA, RNA and proteins. An oil mixture was added to the oscillator mixture, and shaken to create an emulsion with thousands of water-in-oil droplets. Each droplet contained a copy of the oscillator mixture. Franco compared this simple emulsion preparation procedure to creating a salad dressing with oil and vinegar.

While emulsions are a common laboratory technique used to generate many small samples and run thousands of experiments in parallel, not many studies have looked at dynamic circuits like oscillators.

In the experiments outlined in the Nature Chemistry paper, the "blinking" droplets containing the oscillator were studied under a microscope, where the diverse behavior of amplitude and frequency was observed.

Through mathematical modeling, the researchers were able to attribute this diversity to uneven distribution of molecules inside each droplet, a phenomenon called "partitioning noise." This variability is a major challenge as well as an opportunity for the development of artificial cells. Similar experiments will allow scientists to optimize artificial molecular devices so they are minimally affected by partitioning noise. 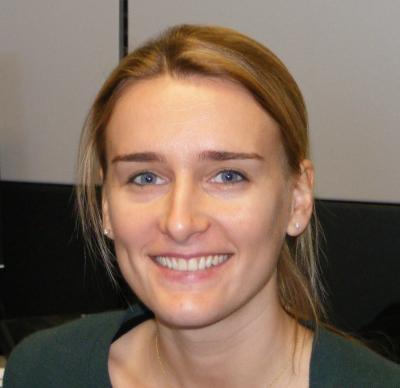 Elisa Franco is an assistant professor of mechanical engineering.