Army, MIT explore materials for transforming robots made of robots 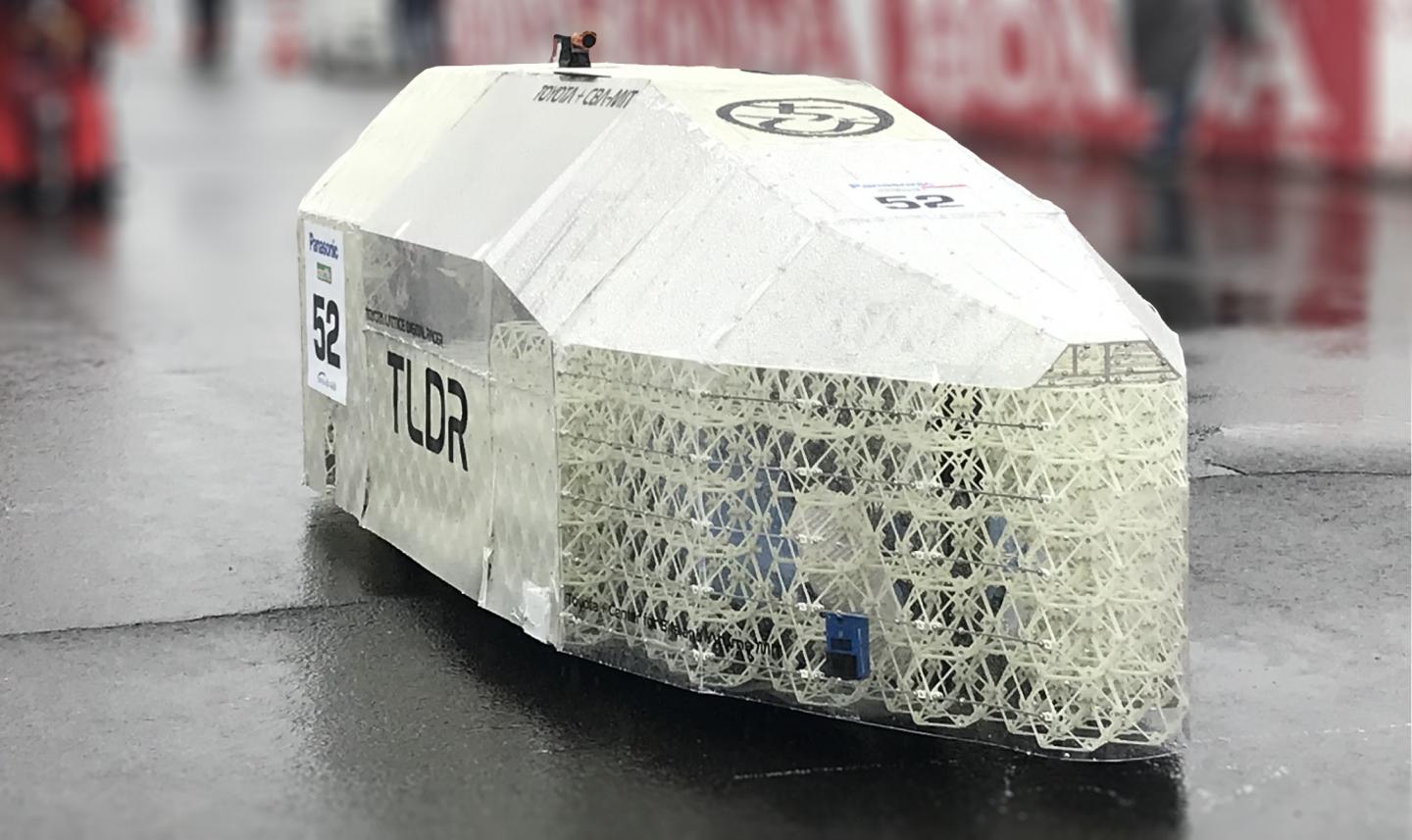 ABERDEEN PROVING GROUND, Md. -- Scientists from the U.S. Army and MIT's Center for Bits and Atoms created a new way to link materials with unique mechanical properties, opening up the possibility of future military robots made of robots.

The method unifies the construction of varying types of mechanical metamaterials using a discrete lattice, or Lego-like, system, enabling the design of modular materials with properties tailored to their application. These building blocks, and their resulting materials, could lead to dynamic structures that can reconfigure on their own; for example, a swarm of robots could form a bridge to allow troops to cross a river. . This capability would enhance military maneuverability and survivability of warfighters and equipment, researchers said.

Motivated in part by swarms of tiny robots that link together to form any imaginable structure like in the animated movie Big Hero 6, these metamaterials may also enable future high-performance robotics and impact/blast absorbing structures, Glaz said.

Futuristic visions from concept developers with the Army Future Command's Futures and Concepts Center at Fort Eustis, Virginia, directly motivated this work, Glaz said. Researcher pursued this research based on discussions and concepts supported by The U.S. Army Functional Concept for Movement and Maneuver, which describes how Army maneuver forces could generate overmatch across all domains.

The doctrine lays out a series of objectives in the Army S&T investment area for ground combat; one is to develop individual systems capable of 4D transformation, which has the ability to change the system's shape, modality and function. For example, a swarm of unmanned systems will be capable of moving to an obstacle, such as a river, and then forming a structure to span the gap.

Glaz said researchers started out trying to build a bridge made of robots to support this vision, but the work has since evolved into mobile robots made of robots.

"Robots rearranging to form a bridge made of robots, similar to ants, is one embodiment of our concept of structural robotics, which blur the line between active and passive elements and feature reconfigurability. It is still a motivating use case for the system, but we are looking at broader implications for ground robotics which are adaptable, reconfigurable, and resilient," said Dr. Christopher Cameron, an Army researcher. "If a swarm of robots can turn themselves into a bridge, how else can they be rearranged? How do we design and control robots like this?"

The paper addresses the design of modular structures and introduces a system which will enable the Army to build a variety of robots with unique properties like impact energy absorption. The materials researchers designed demonstrated a range of surprising and useful properties including extreme stiffness, toughness and unique couplings between displacement and rotation.

The system, based on cost-effective injection molding and discrete lattice connections, enables rapid assembly of macro-scale structures which may combine characteristics of any of the four base material types: stiff; compliant; auxetic, or materials that when stretched become thicker perpendicular to the applied force; and chiral, or materials that are asymmetric in such a way that the structure and its mirror image cannot be easily viewed when superimposed. The resulting macro-architected materials can be used to build at scales orders of magnitude larger than achievable with traditional metamaterial manufacturing at a fraction of the cost.

The research is a product the ARL Northeast extended site, where Cameron is embedded in tight collaboration with researchers at MIT. Army researchers contributed expertise in large-scale finite element simulation to complement experimental observations, Cameron said.

The next phases of the research will explore the design space created by the system with target applications including modular soft robotics, impact absorbing structures, and rapid construction at the point of demand. Cameron said researchers also want to investigate how traditional, additively manufactured metamaterials might be integrated with this system to create large-scale hierarchical metamaterials, combining strengths across scales.

"This part of our high risk, exploratory research portfolio within the Vehicle Technology Directorate," Glaz said. "In a couple of years we may find there is no major Army advantage to robots-made-robots but right now, we've thought of early Army applications such as rapidly forming bridges as well as air dropping or launching a bunch of smaller robots into a contested area and to test how they come together to form a larger mobile platform that can do useful functions in the aggregated phase."