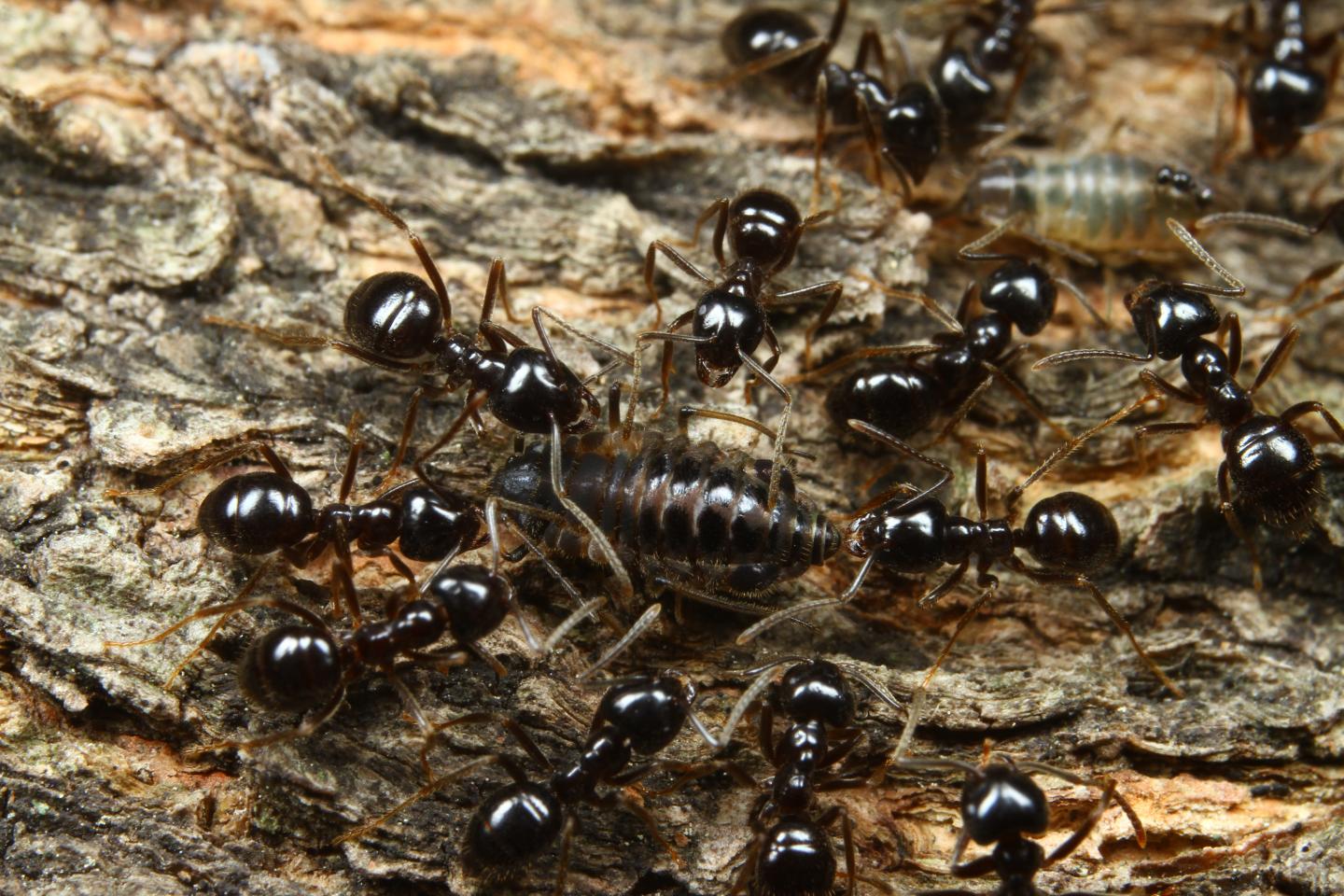 One of the major objectives in biology is to understand the factors and mechanisms that have led to the diversification of species on earth. Plant-feeding insects are the most diversified group of organisms on earth, and they account for more than 40% of all insects. There have been numerous studies into the diversification patterns and driving forces looking at host plants, however, interactions with other organisms had yet to be accounted for.

The study Evolutionary diversification of Japanese Stomaphis aphids (Aphididae, Lachninae) in relation to their host plant use and ant association, set out to understand the driving force that generated evolutionary diversification of the plant-feeding, ant-associated Stomaphis aphid through their long evolutionary history. Aphids are known to have established a mutualistic relationship with ants by providing them with honeydew in exchange for protection from their natural enemies and receiving hygienic services. Aphids are relatively large and remain sedentary due to their need to suck sap from tree trunks.

Scientists have long thought that diversity was a result of aphids shifting their host plants to other closely related plant species. Or did they diversify through a shift of mutualistic partners such as body guard ants? Some aphid traits, morphological (structural) and behavioral have evolved to serve their relationship with ants better. For example, the shape and color of aphid bodies are known to suit the type of ant they have a symbiotic relationship with. Aphids and their mutualistic relationship with ants is so ingrained to their lives, they cannot survive without them. The question is, which had a stronger influence on the aphids diversification? The host plants, or mutualistic ants? The relative importance of host plants and mutualistic partners in structuring evolutionary diversification of a group of insects had yet to be fully investigated.

The research group lead by Tetsuya Yamamoto and Takao Itino of Shinshu University studied 160 Stomaphis aphid colonies at 34 sites in Japan to find out. Currently there have been 33 species and 4 subspecies of Stomaphis aphids described world-wide. Most are specific to one plant species or genus. The researchers searched for known host plants and followed Lasius ant trails to find the aphid colonies. The researchers then examined the mitochondrial DNA using Bayesian information criterion. This is a method of interpreting probability, and scientists get insight into the most likely lineages based on the mitochondrial and nuclear sequences. The scientists were able to identify 38 haplotypes of the aphids by using molecular phylogenetic analysis. They found that evolutionary diversification of Stomaphis aphids was generated primarily through host plant shifts, rather than associated ant species because there was a high degree of specificity between of each lineage and haplotype of Stomaphis aphids to their host plant species with no overlap, while almost all lineages of Stomaphis aphids were associated with two or more ant species.

Although the group showed that Stomaphis aphids evolutionarily diversified through host plant shifts, the remarkable finding that came as a surprise was that Stomaphis aphids had not shifted between closely related plant species, but between very distantly related host plant taxa. Even to different plant orders, from oaks to pine trees! It is very unusual to observe such insect host shifts between very distantly related host plant taxa.

The group hope to continue research to find the factors responsible for the host specificity of Stomaphis aphids. They hypothesize that the dependence of Stomaphis on long-lasting Lasius ant colonies situated in temperate deciduous forests where Lasius is the dominant ant genus may have led the aphids to shift to distantly related but spatially adjacent host tree species so they can potentially feed on both. Their ultimate goal is to better understand the role of ants and plants that shape plant-feeding insect evolution.