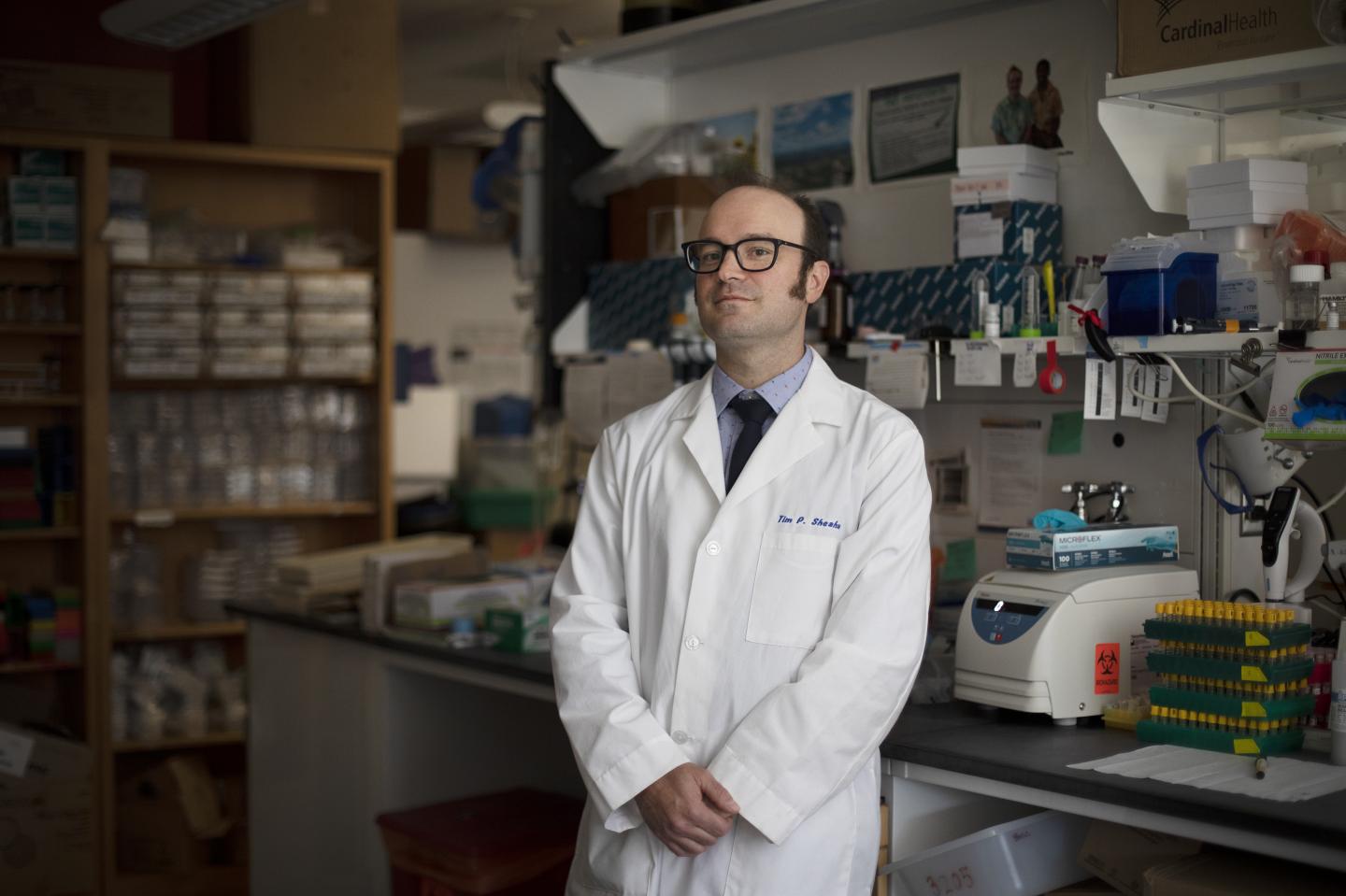 Image:
University of North Carolina/Megan May

Pairs of antibodies may be more effective than single antibodies at preventing and treating COVID-19, according to a new study by researchers at the University of North Carolina at Chapel Hill and The Rockefeller University in New York. The study, published November 19 in the Journal of Experimental Medicine (JEM), also suggests that in addition to blocking SARS-CoV-2's entry into cells, the antibodies may combat the virus by enlisting various types of white blood cells to fight the infection.

"However, the neutralizing activity of antibodies to SARS-CoV-2 has primarily been tested using cells cultured in the laboratory, and how these in vitro results translate to protection in animals or humans has not been determined," says Timothy P. Sheahan, an assistant professor at the Gillings School of Public Health at the University of North Carolina at Chapel Hill.

Research teams led by Sheahan and co-lead author Michel C. Nussenzweig, who is a professor, investigator, and senior physician at The Rockefeller University and Howard Hughes Medical Institute, tested the ability of several human antibodies to prevent SARS-CoV-2 infection in mice or hamsters. Surprisingly, the researchers found that certain antibodies were more potent than expected. Some antibodies that were relatively poor at blocking viral entry into cultured cells were much more effective at preventing SARS-CoV-2 infection in rodents. The researchers determined that this is partly because, in addition to blocking viral entry, the antibodies can activate various types of white blood cells. These "antibody effector functions" help the immune system target the virus and/or virally infected cells.

Sheahan and Nussenzweig's team also found that antibodies may be even more effective when used in combination with each other. Pairs of antibodies that target slightly different parts of the viral spike protein could successfully prevent or treat SARS-CoV-2 infection in mice and hamsters at much lower doses than single-antibody treatments. This is a particularly attractive approach because targeting multiple parts of the spike protein reduces the chance of the virus mutating and becoming resistant to antibody treatments.

"Some antibody combinations can be effective for prevention and early therapy of SARS-CoV-2 even at relatively low doses," Sheahan says. "Overall, our data support the idea that specific combinations of antibodies with the ability to activate immune cells should be developed for optimal protection and therapy against SARS-CoV-2."