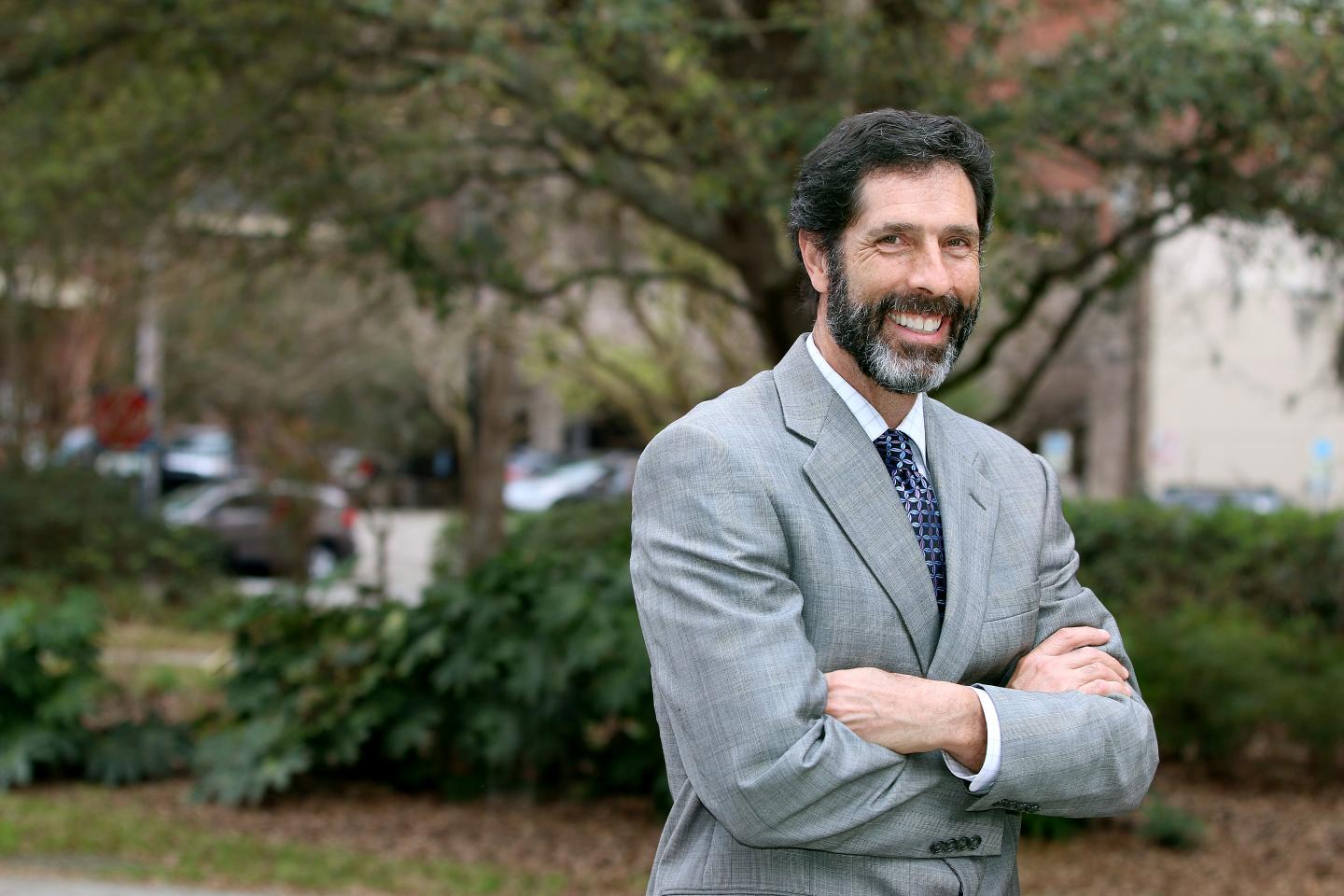 IMAGE: Don Rockey, M.D. is professor and chair of the Department of Medicine at the Medical University of South Carolina.

The liver performs several critical functions including filtering blood, detoxifying chemicals and metabolizing drugs. When the liver is damaged by hepatitis, alcohol, or primary liver disease, fibrosis ensues. Long-term fibrosis contributes to cirrhosis of the liver, which in turn can cause severe complications, including hepatic encephalopathy (HE), a condition that results in a temporary decline in mental function in up to 70% of patients with cirrhosis.

The current dogma for patients that present with HE symptoms is to obtain a blood ammonia test because ammonia is used as a traditional HE marker. Patients are then treated with lactulose to reverse the HE symptoms. However, a recent study by researchers at the Medical University of South Carolina (MUSC) challenges this standard practice. The work, published online on October 14 by The American Journal of Gastroenterology, clearly demonstrated that ammonia levels do not dictate the management of HE.

"The study shows that while ammonia is commonly used, it is simply not helpful when we treat patients," says Don C. Rockey, M.D., professor and chair of the Department of Medicine at MUSC. "Drawing an ammonia level may be helpful in certain unusual diagnostic situations, but despite current practice which is to obtain ammonia levels in patients with cirrhosis, we don't use it to treat patients."

MUSC was uniquely poised to conduct this retrospective study because MUSC is one of the few academic medical institutions that teaches new trainees not to perform ammonia tests on cirrhotic patients presenting with HE. Therefore, the study included two cohorts of patients, those who had their blood ammonia levels measured and those who did not. Comparing these two cohorts provided valuable information about the therapeutic value of this test.

The results showed that the absence or presence of abnormal ammonia levels did not impact lactulose treatment. Furthermore, there was no difference in treatment between cirrhotic patients who had their ammonia levels measured and those who did not. Regardless of the ammonia level, cirrhotic patients that presented with HE received the same lactulose treatment regimen. The researchers concluded that performing the ammonia test was a waste of blood, money and resources.

"The bottom line is that ammonia levels are not helpful in management of patients with cirrhosis and HE," says Rockey.

Patients who experience an HE incident are at increased risk for future incidents and are therefore prescribed a regimen of daily lactulose therapy. However, patients often fail to take lactulose because of its taste and it may cause diarrhea. An alternative medication, rifaximin, is prohibitively expensive for some patients and is thus often discontinued. Because of this, HE is the most common indication for admission in cirrhotic patients.

The new study does not suggest that doctors should abandon all ammonia testing.

"There are some specific circumstances where an ammonia test might be useful, but in routine management of HE caused by cirrhosis, it is not helpful," says Rockey. Some of these circumstances include a urea cycle defect or an unknown diagnosis of HE.

In summary, ammonia levels failed to predict the severity of disease and did not guide the clinical management of HE.