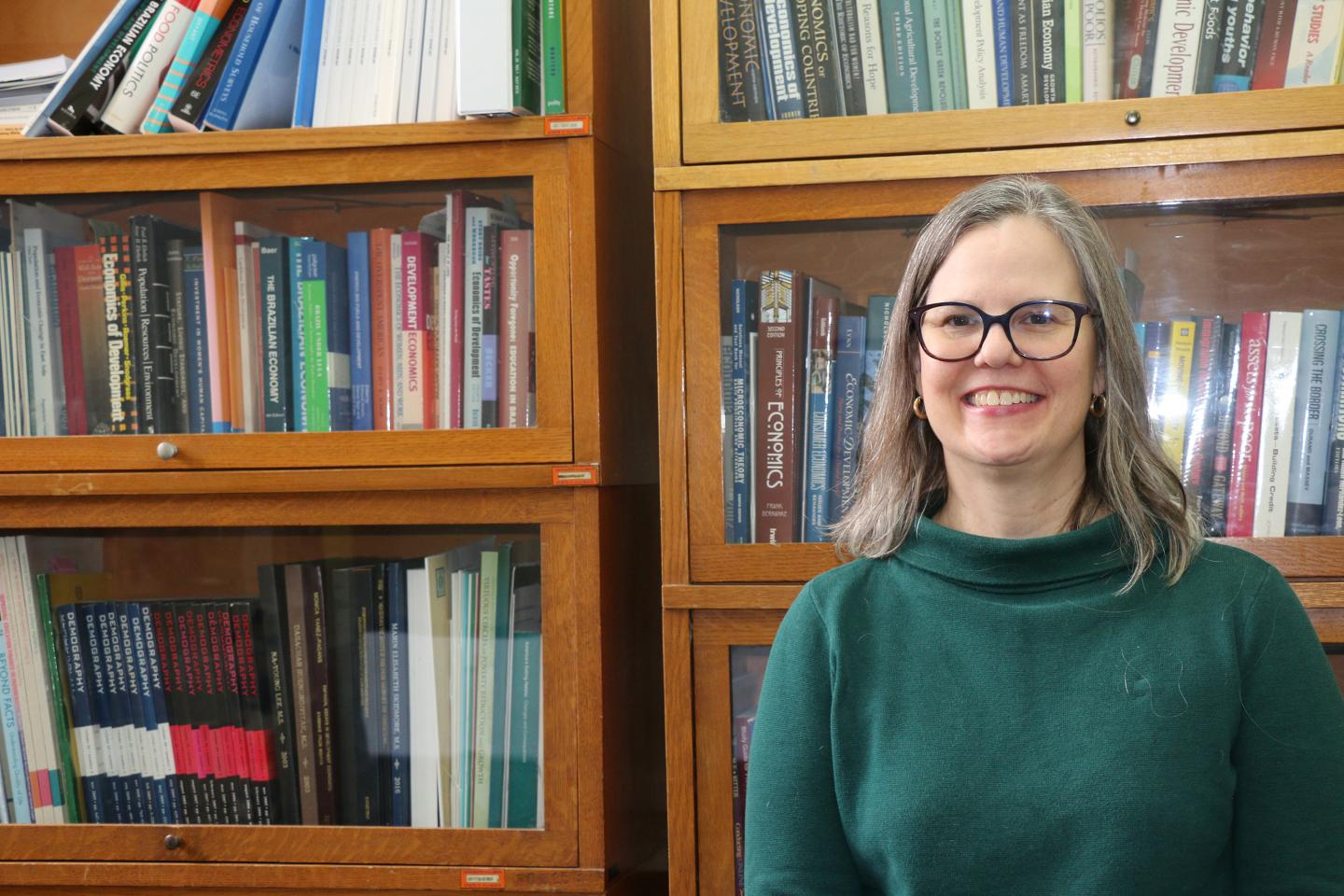 IMAGE: Affirmative action policies (AAP) such as quota systems based on racial or socio-economic criteria are often recommended as a way to increase enrollment of underrepresented students in higher education. But...

URBANA, Ill. - Affirmative action policies (AAP) such as quota systems based on racial or socio-economic criteria are often recommended as a way to increase enrollment of underrepresented students in higher education. But those policies can be controversial and their results are sometimes questioned.

A new study from the University of Illinois looks at comprehensive data from Brazilian universities to understand the effect of AAPs on minority enrollments. In the United States, universities are not required to disclose their affirmative action criteria, which makes it difficult to evaluate their effectiveness. However, in Brazil, such data are publicly available.

"We are looking at whether those programs were effective in their goals, which was to increase the enrollment of underrepresented students," says Mary Arends-Kuenning, associate professor of agricultural and consumer economics at the U of I, and co-author of the study, published in the Economics of Education Review.

The researchers found that the policies do work as intended. "We show that these quotas worked towards their goals. They did increase enrollment of students from the groups that they were supposed to. There were more students from poor backgrounds and from public high schools; there were more black students and more under-represented students."

Arends-Kuenning and co-author Renato Schwambach Vieira, a recent graduate of the U of I Department of Agricultural and Consumer Economics, also looked at whether quotas based on socio-economic criteria can be used as a substitute for race-based criteria. The study was part of Vieira's doctoral dissertation.

"Racial quotas can be very controversial. Sometimes people argue you could get similar effects by having a quota based on socio-economic status," Vieira says.

However, the study found that was not the case. "If you want to achieve racial equality, you can't have quotas that are based on socio-economic background; that did not work to increase the number of black or brown students in Brazil," he notes.

Arends-Kuenning explains that Brazil historically has been one of the most unequal societies in the world. Large socio-economic and racial inequalities remain, in part due to gaps in educational opportunities.

To counteract those gaps, Brazil implemented a National Law of Quotas in 2012, requiring half of undergraduate positions to be reserved for students from underrepresented groups.

However, many Brazilian universities already started implementing either race-based or socio-economic AAPs in the early 2000. This made it possible to compare schools with different types of AAPs in the study, while schools with no such policy could serve as a control group.

The study examined AAPs and enrollment from 2004 to 2012, analyzing data from a national entrance exam that all freshmen are required to take. That exam also contains a section on socioeconomic characteristics and racial affiliation, based on students' self-identification. The study included data from 163,889 freshmen enrolled in more than 1,000 academic programs at 48 different federal universities.

The researchers analyzed the effect of AAPs in relation to four student demographics: race, gender, socio-economic background, and whether the student attended public or private secondary school.

The result showed significant increases in enrollment of students from disadvantaged groups; specifically, increases of 9.8% for black and mixed-race students, 10.7% for public high school students, and 14.9% for students from lower socio-economic backgrounds. There was no difference for gender, which was not a target criterion for any of the policies.

They also looked at whether the results were associated with certain types of programs. Arends-Kuenning says one might suspect that schools that were reluctant about quotas would implement them only for less competitive programs, but the results debunked that assumption.

"That could include looking closely issues of performance and drop-out rates; how well these students did while they were in school. It will also be interesting to look at how they do after they graduate. The quotas have been in place long enough to do that," she says.